The latest addition: It’s true, musician Dave Matthews and author Clete Barrett Smith have a new children’s novel out called If We Were Giants. It’s great to see musicians join the literary world in telling stories about our relationship with the natural world. Also, check out The Guardian‘s Children’s and Teen’s Roundup–the best new picture books and novels: playful visions of a vulnerable Earth, a scheme to save a mosque, adventures on a train – and more.

Turing the Tide: The Youngest Generation highlights children’s, teen, and YA eco-fiction and reflects my belief that youth today are completely charged up and are speaking a language of do, not just say. In this series, I capture the literary versions of heroes like Vanessa Nakate, Greta Thunberg, Xiuhtezcatl Martinez, Bana Alabed, Emma Gonzales, David Hogg, Mari Copeney, Payla Jangid, and hundreds of thousands more, who are shook up and amazing in their actions against social injustice and climate change.

“The Youngest Generation” is a nod to my talk with Edan Lepucki about her short story “There’s No Place Like Home”. In the story, the youth were in a stuck generation, where environmental catastrophe made it impossible to really live much longer. They would remain children until they died. This idea haunted me tremendously. In the story, they were also called the youngest generation.

I’ve been considering this new section of the website for years and have built it up slowly, beginning with the  YA/teen bookshelf and a children’s bookshelf. I’ve always incorporated youthful novels and short stories into the site, but in 2018 I began a months-long focus on such literature, which highlighted literary heroes like Lauren in Octavia Butler’s Parable of the Sower, John KixMiller and team’s Phoebe in Protectors of the Wood, Leaf in Jo Marshall’s children’s Twig Stories, and–one of my all-time favorites–Hushpuppy in Beasts of a Southern Wild.

I wish to say a personal thanks to reviewer Kimberly Christensen, who voluntarily contributes children and YA/teen reviews to Dragonfly. Her reviews will be featured here as well.

Disclaimer: Parents should always review books ahead of time that their children read. The stories highlighted here range from children’s to young adult, and some stories geared toward young adults may not be okay for younger children.

The featured image is licensed for use and © Can Stock Photo/hjalmeidah. 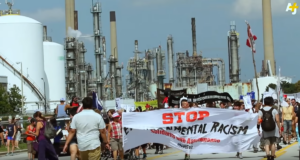