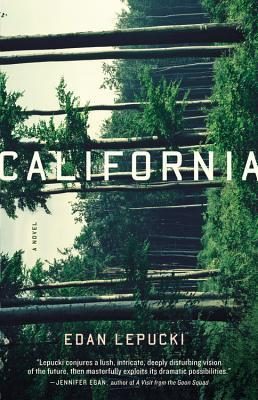 I was thrilled to chat with Edan about her work in the field of climate change and storytelling. She is the author of the novella If You’re Not Yet Like Me and the novels California and Woman No. 17.  California debuted at #3 on the New York Times Bestsellers List and was a #1 bestseller on the Los Angeles Times and San Francisco Chronicle bestsellers lists.  California was a fall 2014 selection of Barnes & Noble’s Discover Great New Writers program. Edan and Stephen Colbert are now besties.  Woman No. 17 received rave reviews from the Washington Post, the New York Times, and the San Francisco Chronicle, among other publications, and was #3 on Entertainment Weekly’s Must List. People Magazine’s books editor Kim Hubbard selected Woman No. 17 for the Book of the Month Club. It was named a best book of the year by the Washington Post, San Francisco Chronicle, PopSugar, and The Maine Edge. Edan created the popular Instagram Mothers Before, and she will edit a book inspired by the project, to be published by Abrams Press in 2020. She is the co-host, with fellow writer Amelia Morris, of the podcast Mom Rage.

Edan’s newest short story is “There’s No Place Like Home”.  In a climate-ravaged future, it’s not easy to grow up. One girl is trying her best in a story about global catastrophe and personal chaos. Thirteen-year-old Vic is of the Youngest Generation, fixed in prepubescence after a catastrophic environmental degradation. She’s also her father’s favorite student. But when he takes his own life, the perennially ingenuous Vic wants to understand why. As she sets out on her quest, Vic begins to learn that family isn’t something you’re born with—it’s something you build. Edan Lepucki’s “There’s No Place Like Home” is part of Warmer, a collection of seven visions of a conceivable tomorrow by today’s most thought-provoking authors. Alarming, inventive, intimate, and frightening, each story can be read, or listened to, in a single breathtaking sitting. This short story, and perhaps even Edan’s novel California, appeal to audiences of all ages but might be particularly relevant to younger audiences worried about climate change. Please read more about our new focus on spotlighting authors who write global warming fiction for teen and young adult fiction audiences. My chat with Edan follows.

Mary: Your novel California was recognized widely and was a best-selling, post-apocalyptic novel. I’m not sure if you consider it a young adult novel, but the main characters are in their early twenties and eking out a life and trying to get pregnant. Can you talk some about this novel? What impact did you imagine for the book?

Edan: I didn’t intend for California to be a YA novel, though it certainly doesn’t bother me if young adults are drawn to it. I always get excited, and feel grateful, when I hear that the book is on a high school reading list, or that a college class is reading it. What an honor!  I suppose it might appeal to younger readers because, yes, the married couple in the book, Frida and Cal, are in their early twenties. Also, due to the state of the world, they were never really given the opportunity to set down the roots of an “adult” life, so to speak. When they decided to leave LA and start a life with just the two of them, it was both out of desperation and hope: they were desperate the leave a ruined Los Angeles where there were zero opportunities; and they also were hopeful that they could forge a new life, remake the world as they wanted to, for themselves. That’s the folly and gift of youthfulness right there, I think.

Mary: In general, why do you think the world needs art and literature dealing with our environmental present, past, and future? And what are your thoughts about writing for or about younger audiences in this literature?

Edan: I believe it was Ursula Le Guin who said that speculative fiction writers aren’t writing about the future, but the present; that is, they’re holding a mirror up to the world and showing us how we see the world and ourselves in it. That is quite powerful, particularly in a time when we’re facing so many challenges, and we literally are creating the problem. Climate fiction can remind us of the consequences of our actions, and, at the same time, provide us a reason for fighting–moments of beauty in the natural world, for instance, or the resilience of human beings. Younger people will inherit this planet, which is why it makes sense to place them in these stories. I think, too, a young person is seen as having more potential, while also being more vulnerable, powerless–and that can be powerful, to experience as a reader.

Mary: I agree. Amazon has a short story collection titled Warmer, which is geared toward a younger audience and imagines a climate-changing world, and you are one of the authors. What sorts of things inspired your world-building and development of  the main character Victoria, who goes by “Vic”?

Edan: This story began with the sentence “Daddy died in the sauna” and went from there. Whose Daddy? Why call him that? How did he die?  I had no idea who Vic was until I started writing her, but I leaned into her bravery as well as her innocence, and I loved balancing the spark in her voice with a wariness. She’s tragic because she can’t truly understand her father, or her parents’ marriage, precisely because she is a child–and always will be, due to climate change. I didn’t figure that out until I was writing, though!  Most of the time, I’m drawn into a character’s voice–the images they use, the sentence rhythm–and I realize who they are, through that.

Mary: In the short story, sentiment is artifact and death is not sacred. “To stop and mourn would have meant disaster.” This is revealed after Vic’s dad unexpectedly dies. We see the keeping of artifacts (from the old world to the new world) in this story and in California. Can you let the reader know what kinds of artifacts are in these stories, and why you chose them?

Edan: I didn’t mean to have this motif repeat in both California and “There’s No Place Like Home”–but I’d venture to say these sorts of powerful objects persist in all my work. In my second novel, Woman No. 17, for instance, a photograph becomes a kind of talisman, a signifier of identity. The artifacts in the other two works, though, definitely relate to a major loss, a sense that the world isn’t the same anymore. I love the idea of objects gaining or losing meaning as circumstances change. For Vic, an old sweater signifies a life she can never lead–for her, it’ll never ever be cold enough to wear a sweater. In California, Frida keeps an unused turkey baster; she will never lead a typical domestic life with big dinners. These characters are elegiac for opportunities and experiences they cannot have. I find it more poignant to express loss via the concrete, the literal.

Mary: In the short story, one of Vic’s realization is that she and her friends would remain children until they die–that they were in a stuck generation. This particular thought really haunted me. Can you tell us about this idea?

Edan: I didn’t realize this was the case until about halfway through the story, when she meets a boy about her age. Before then, I was struck by Vic’s childish use of “Daddy” and thought it might/should lead to something. When I began to write the boy, he too was young-seeming, and the reason dawned on me. This also haunted me!

Mary: Are you working on anything now, and will you continue to write fiction about climate change?

Edan: I’m currently editing a book based on my Instagram, Mothers Before, which showcases photos of women’s mothers before they became mothers; each photo is accompanied by the daughter’s prose about the photo, her mother, or both. That will be published in 2020 and I’m very excited! I’m also writing a new novel, that is a sort of family saga. It includes one teenager character (who grows into adulthood over the course of the book). For now, I am not writing about climate change, but I don’t think I’m done with the topic for good…

Mary: I just love Mothers Before, and I’m looking forward to your upcoming work! Thanks for joining us at dragonfly.eco.