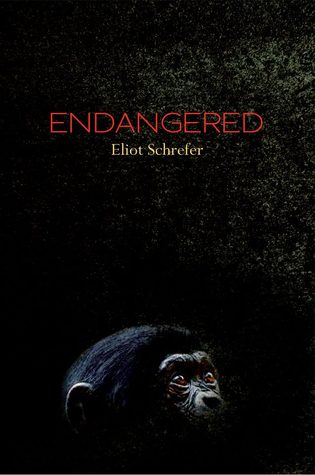 Fourteen-year-old Congolese American Sophie is set to spend the summer in the Congo with her mother, who runs a sanctuary for bonobos. Sophie arrives with mixed feelings. Although she spent her young childhood in the Congo, she now lives in the United States with her dad. Returning to the Congo, adjusting to cultural differences, and getting reacquainted with her mom all weigh heavily on her.

Then, as she is being escorted to the sanctuary, Sophie encounters a man who is selling a half-starved baby bonobo. Despite cautions from the sanctuary worker who travels with her – buying from poachers only encourages them – Sophie responds with the gut instinct to protect the baby. She buys him from the poacher in a moment that highlights Sophie’s foreignness in her home country even as she tries to emulate the actions of her own bonobo-rescuing mother.

Sophie quickly becomes immersed in the daily operations of the rescue center, and in particular, with caring for the young bonobo she rescued, whom she names Otto. Her early days in the center are filled with learning about bonobo society and how to care for a young, traumatized creature. Her own fraught relationship with her mother is mirrored by Sophie’s relationship with Otto, whom she cares for dutifully. At the same time, she wrestles emotionally with the cruel acts that people commit against the apes, and begins to understand that the situation of the bonobos at the hands of poachers parallels the experience of most of the Congolese population at the hands of foreign powers that would strip the nation of its natural wealth.

Sophie’s mom has ventured into the wilderness to release rehabilitated bonobos when war arrives in the Congo. As an American citizen, there’s a chance that Sophie could flee the violence on a UN plane, but she has become Otto’s surrogate mother and doesn’t want to leave him. Then soldiers capture the sanctuary. Both human and bonobo residents are killed, and Sophie flees into the forest with the surviving bonobos. She must learn to stay alive by following the bonobos example, and she must grow to understand bonobo society well enough to be accepted into it, for Otto’s sake. As Sophie avoids violence while trying to find her mother, her relationship with Otto provides the emotional stability that she needs and helps her understand the importance and limitations of nurturing family bonds.

Endangered is the first in a quartet of books by Eliot Schrefer that focus on the plight of great apes in the modern world. Endangered does not shy away from the violence of war, which makes it a sometimes painful and heart-stopping read. But the violence is depicted in an appropriate manner for upper YA readers, without gratuitousness and with a portrayal of the complexities of war. Even morally questionable characters are presented with enough of a backstory to demonstrate why bad choices can feel like the best – or only – choices. Endangered is an important look at how violence impacts animals, and also how power systems often promote cruelty toward the beings one step down the ladder from oneself.

While Endangered tackles weighty topics that necessitate educating the reader, Schrefer does not fall into didacticism. The reader is able to learn alongside Sophie, and because the story arc follows her bond with the vulnerable Otto, the reader becomes very invested in their survival. Along the way, the reader learns about the history of the Congo and how the influences of the world outside of the Congo shaped its internal politics.

It is refreshing to see Sophie looking to animals for survival clues and developing an awareness that bonobo society might have a thing or two to teach humans, yet it was sobering to witness the rapid and complete destruction that war inflicts upon all residents of an area. While the weighty subject matter made Endangered difficult to read at times, it was not a book that I will soon forget. I give it 4 of 5 stars.