It’s nearing the end of the year, and we’ve had no snow yet. Maybe a light spit of flakes that didn’t accumulate. This is highly unusual for us, but the latest climate-risk report notes that less snow is likely in the future in our area. We have seen continued bugs, like mosquitoes, later in the year. Crickets chirped much later as well. Cop-15, the UN biodiversity conference, just ended last week.

The loss of biodiversity has many causes, climate change not the least of them. Here, in our backyard, we haven’t seen the worst, though other places in Nova Scotia have, particularly in the areas on the coast, where houses were washed to sea during Hurricane Fiona. The worst that happened to us was the loss of our bat house, which blew down and cracked, a few downed limbs, and a thermometer outside our kitchen window that flew off in the wind and broke. We have since replaced it. For us, climate change has so far been a slow attrition of change. But it is becoming more noticeable each year. 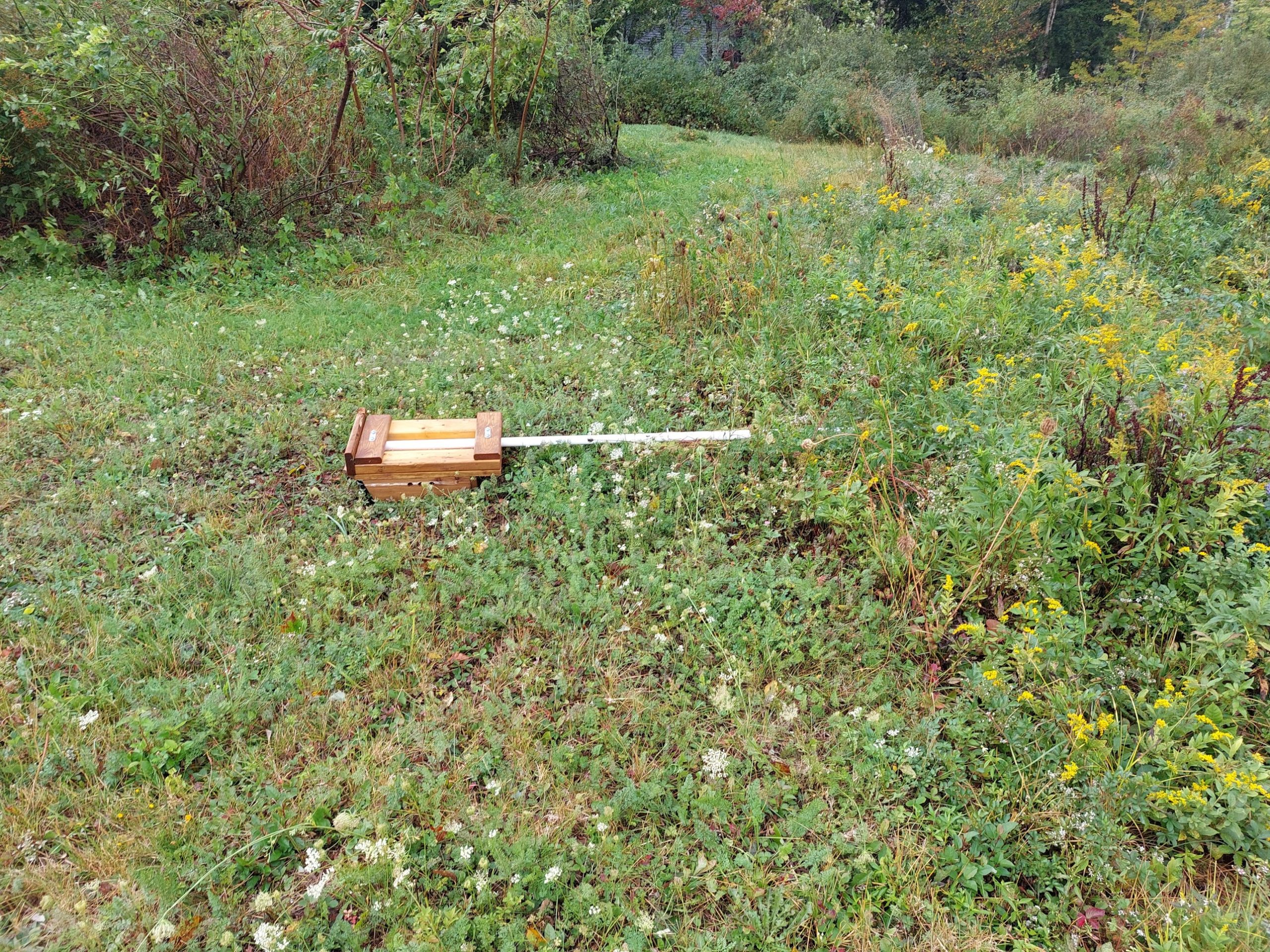 Hurricane winds from Fiona blew over our bat box

We talked about rebuilding the bat house recently. At first, we thought it was okay, but then Morgan discovered a crack in it. We realized that having a bat house on the top of a thin-nish pole wasn’t the best idea here for the winds we get. No bats resided in the house, though it seemed like a few wasps had taken up residency. We’ve been floating our engineering ideas on a new pole to hold up the bat box. We think a thick wooden pole that can withstand wind should hold up the box better, with the box not sitting directly on top but nailed to the post so that the top of the post and the top of the bat box are on point with each other. We need to be able to to raise and lower the box, too, just to check on wasps. Bats would be so great for our place; having a bonfire during summers is wonderful, but we have so many mosquitos. That’s one reason we would like some bats in our yard, but also bat populations have gone down here in Atlantic Canada due to white-nose syndrome. Speaking of biodiversity, bats are integral to ecosystems. Perhaps climate change has also impacted bat populations. Our dream is to help bring them back, even if in the smallest way possible.

But back to this snowless, weirdly warmed weather we’ve been having: CBC says that having a white Christmas is more dream than reality these days for Atlantic Canada. Where we live, near the ocean, it seems the weather is wildly variable and unpredictable, but CBC’s statistics show that there has been less snow and snow depth over the past few decades. A report at The Signal looks at the Climate change risk report for Nova Scotia:

The report projects that days and nights will continue to get warmer, with an expected 17 nights per year over 18 C by 2035, compared to the current average of three. While overall precipitation is set to increase by 10 per cent by the end of the century, the number of snowy days is set to decrease, with the number of rain days to increase to 132 days per year, expected by 2035.

I feel that snowy days are still ahead. It seemed that last winter we had tons, and lots of wind or ice storms that threw the power out. But, looking ahead as the trend continues, it reminds me of something that Ali Smith’s great novel quartet, Seasonal, referenced. The Nation has a beautiful article by Namara Smith titled “Omens of Disaster: Ali Smith’s new novel examines the ecological and political disintegration at the center of our world,” which goes into the climate change aspects of the books. Here’s something from The Nation back then that I still think about:

Rather than large-scale catastrophe, Smith is interested in the dissonant moments that break into the awareness of people whose lives are not immediately threatened by environmental disaster: plants flowering out of season, winter days that feel like spring, the steady creep of coastal erosion.

As people whose lives very much revolve around seasons now, I understand the slow attrition of climate change, knowing full well that it’s happening all around us even though so far, knock on wood, we have not experienced an environmental disaster. Still, these disasters are nearby. The slow changes, the subtle ones, are capable of producing lament just as well. Always into the various styles of fiction and art relating to ecological imbalance and climate changes, one of my short stories, The Midnight Moon, reminds me that if snow does someday go away, perhaps we’ll write about it not so much as in a lamentation but in a celebrations of its life and our fading memories of it.

The featured image is a photo of a rowan tree I took in the Vancouver area, used to illustrate my story “The Midnight Moon”, which appeared in the Winds of Change: Short Stories about our Climate anthology.