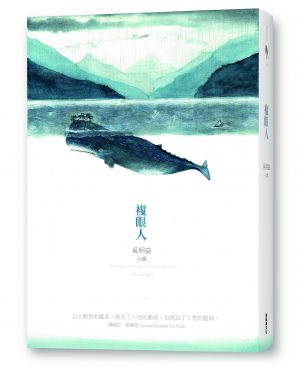 I recently re-read Wu Ming-Yi’s The Man with Compound Eyes, which takes place in Taiwan, and was thrilled to connect with the author. This is the first chat appearing in the world eco-fiction series that has been partially translated, so in that regard I thank Zheng (East) Wang, from the University of British Columbia, a native Chinese language speaker who received a BA in English and a minor in Chinese Language and Culture.

The Man with Compound Eyes: On the island of Wayo Wayo, every second son must leave on the day he turns fifteen as a sacrifice to the Sea God. Atile’i is one such boy, but as the strongest swimmer and best sailor, he is determined to defy destiny and become the first to survive.

Alice Shih, who has lost her husband and son in a climbing accident, is quietly preparing to commit suicide in her house by the sea. But her plan is interrupted when a vast trash vortex comes crashing onto the shore of Taiwan, bringing Atile’i with it.

In the aftermath of the catastrophe, Atile’i and Alice retrace her late husband’s footsteps into the mountains, hoping to solve the mystery of her son’s disappearance. On their journey, memories will be challenged, an unusual bond formed, and a dark secret uncovered that will force Alice to question everything she thought she knew. (Goodreads)

The story is humorous and sorrowful, and evokes all of the emotions in between. It reminds me that the imagination of fiction might allow us a wider perspective and “gaze beyond” the facts of climate change right before our eyes that we remain somewhat blinded to. The compound eye metaphor also alludes to multiple perspectives of the nature around us. Ming-Yi is one of the many authors I’ve spoken with who didn’t wholly intend to write a novel about climate change, but these issues seem to come to the story naturally.

Taiwan is suffering warmer temperatures, similar to many places around the world, and is predicted to continue experiencing rising sea levels and extreme storms. With the wave of young climate activists, we’ve also seen youth like Kaisanan Ahuan from Puli City, Taiwan–from the Central Taiwan Plains Indigenous People–who stated in The Guardian:

As the indigenous people of Taiwan, we have a particular vulnerability to climate change. Our traditional culture is deeply rooted in the harmony we have with the spirit of nature. We face heartbreaking loss due to increasingly extreme weather events.

Mary: The Man with Compound Eyes follows two stories, one mythical and one contemporary, about people being affected by global warming and their own personal dilemmas. It’s a very refreshing and uniquely told story. What led you to write it?

Wu Ming-Yi: Many years ago I read about trash vortexes in North Pacific. Even without photographic pictures, a sequence of imaginary scenes kept hunting me night and day. As time passed, those scenes became interconnected and turned holistic in my mind. It reminded me of the place where I had lived, Hualian. Hualian was a small city facing the Pacific. I have stood there and watched birds fly. Then the idea came to me that, maybe one day, all the garbage would fly through the shore to meet their creators–us. In addition, with my understanding of climate change and my passion for the sea, I started the story’s first chapter.

Mary: I like the story of Atile’i and the Wayo Wayo. Is this similar to a real legend in Taiwan?

Wu Ming-Yi: For the story, I researched many books in the field of ethnography, and of course, a beautiful island named Lanyu and its inhabitants Tao. Therefore, Wayo Wayo was very much an ethnic group centered by the ocean, aiming to communicate with other civilizations centered by land. I also hoped to depict the complexity of the colorful Taiwanese races and ethnicities. As a result, I added the Bunun tribe onto the story.

Mary: The story of Alice is also interesting. Her home is literally becoming submerged near rising seas, and she is also dealing with extreme loss and grief. What influenced your creation of this character?

Wu Ming-Yi: I live between both Taipei and Hualian. The former is a big city where people try to ignore the fact that they are living under nature; the latter is a small city located in the joint between a 3,000 foot mountain and the great Pacific. People who live near nature could witness the changes, and become more touched by the fact that the environment has changed dramatically. Despair in people’s lives intertwines with the further despair after comprehending the total destruction of nature. I wanted to express this feeling.

Mary: The novel addresses several environmental impacts like climate change, trash vortexes, whaling, construction, and seal hunting. It’s amazing that you built these issues into a novel while just telling a great story. How do you think fiction can be a tool for exploring environmental issues?

Mary: How have you seen Taiwan change in the modern era as far as pollution, global warming, and so on?

Wu Ming-Yi: Taiwan has been a victim of the global environment due to Western companies setting up their high-pollution industries here. Of course, Taiwan has to blame itself since its government does not pay attention to protecting Taiwan’s environment. At the moment, Taiwan is facing a choice, which is whether to become an environmental example for South East Asia or an abandoned world on the path craving for economic growth. Some might say that both could be achieved simultaneously, but as a country with limited resources, with the fact that the Taiwanese population is declining, as well as under the shadow of the People Republic of China, this might be merely wishful thinking. Taiwan must discover its value as part of the precious human culture and at the same time pay more attention to its natural beauty. Taiwan, therefore, should determine its mind to fight against pollution to make a positive impact against global warming.

Mary: Thank you for the great story as well as your time in this interview. I will look forward to more from you in the future! 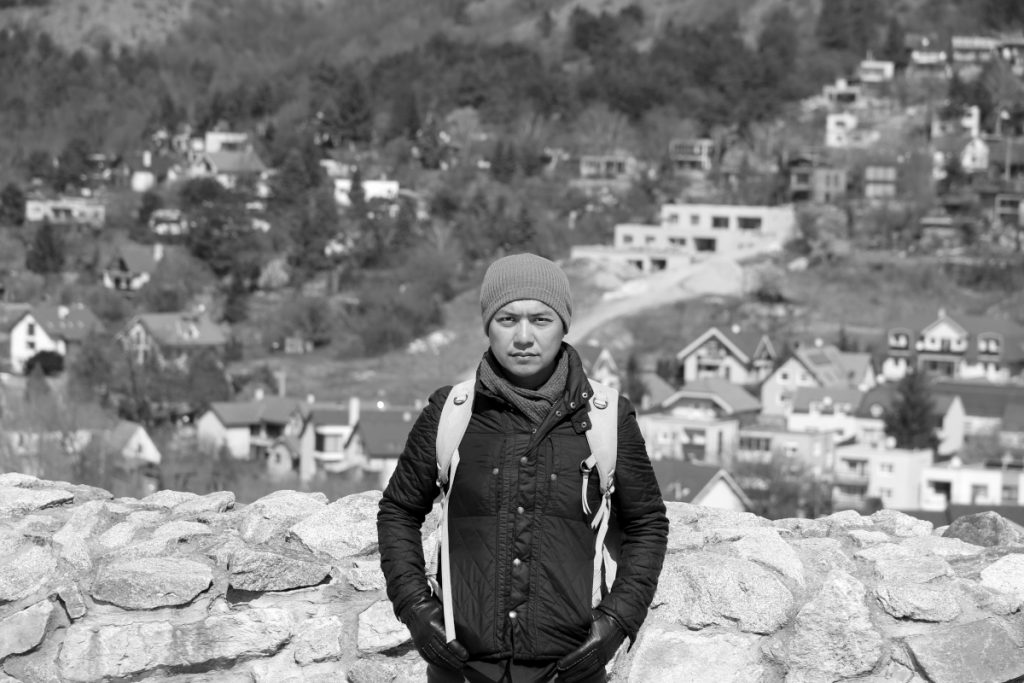 Wu Ming-Yi was born in 1971 in Taiwan, where he still lives. A writer, artist, professor, and environmental activist, he has been teaching literature and creative writing at National Dong Hwa University since 2000 and is now a professor in the Department of Chinese. Wu is the author of two books of nature writing, the second of which, The Way of Butterflies, was awarded the China Times Open Book Award in 2003. His debut novel, Routes in the Dream, was named one of the ten best Chinese-language novels of the year by Asian Weekly magazine. The Man with the Compound Eyes is his first book to be translated into English. (Penguin Random House)