I’m happy to revisit John Yunker’s work. We previously chatted, along with Midge Raymond, about publishing and environmental fiction. His newest novel, Where the Oceans Hide their Dead (Ashland Creek Press, 2019), gazes at various places in the world where the characters work, play, love, and stick up for animal rights–in South Africa, Iowa City, and New Zealand–finally meeting up at a beach in Australia. 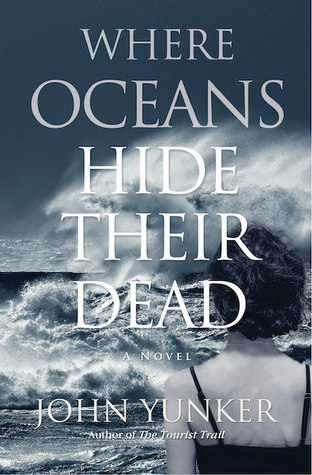 Robert Porter has quit the FBI in search of his long-lost (and presumed dead) love, Noa, only to find himself on the wind-raked shores of Southern Africa working for a seal-rescue organization. When a confrontation with local sealers ends in murder, Robert must abandon the seals and his search to join a private intelligence firm seeking to locate an activist who stole files from one of the world’s largest biotech companies.

On the other side of the planet, Tracy Morris is an Iowa City hospice nurse by day, while by night she obsessively follows, and ultimately loses, Neil Cameron Jr., whom she sent to prison back when she was a brokenhearted drug addict. Meanwhile, in New Zealand, Amy Bakas, an American backpacker unsure about her impending marriage in the States, joins an attractive and mysterious man hitchhiking to the South Island. Along the way, she discovers that he is Neil Cameron, and that he is on the run for his life.

The stories of Robert, Amy, and Tracy collide on a desolate beach of Australia in this passionate, adventurous novel about living on the edge of society and love in all its myriad forms.

Mary: It’s hard to know where to begin as you are such a prolific editor and author of novels and plays that explore things going on in the natural world. How did you decide to devote your life to this business of wild words and worlds–and can you tell us something about how you also became part of Ashland Creek Press?

John: It began about 15 years ago when my wife and I volunteered on a penguin census project down in Patagonia. We were working with Dee Boersma’s team of researchers who have been studying Magellanic penguins for more than two decades (please check out the Center for Ecosystem Sentinels to learn more).

To be around these birds, to get to know them as individuals, was a life-changing experience. I did not know that they spent so much time on land to raise their chicks. When the father is in the nest with the chicks, the mother is off at sea in search of food, sometimes swimming up to a hundred miles away. And when she returns, the father goes out to sea, a process repeating over and over again until the chicks are ready to fledge. But if one parent happens to get caught up in a fishing net, that’s it, the death of a young family. It was then I saw the connection between the seafood I eat and this species. Knowing this, giving up seafood was a trivial decision.

This experience led to the short story The Tourist Trail, which grew into the novel by the same name. And the novel grew into Ashland Creek Press, because my wife and I (who both had backgrounds in publishing) realized that environmental literature, particularly fiction, was not finding homes in the larger presses–though I was very happy to see Richard Powers’ novel The Overstory win the Pulitzer.

Mary: We’ll talk mostly about your newest novel Where Oceans Hide Their Dead; but does the reader have to read Tourist first to be able to follow along with Oceans?

John: I wrote Oceans to stand alone, so, you don’t have to read Tourist first. But people do generally discover Oceans after having read Tourist. In the back of my mind, when I got to the end of The Tourist Trail, I suspected I was working on a trilogy. But that was more than a decade ago. And today, as I slowly work on book three, it appears that this will indeed be a trilogy.

Mary: Congrats on the trilogy! Where Oceans Hide Their Dead has been described as an eco-thriller. These days it seems that ecological issues coming out in art do often become full of suspense–especially considering that so much injustice and crime exist around the world with regards to animal killing and destruction of our remaining natural landscapes. One reviewer said of this novel, “In my opinion, an eco-thriller should make us want a better world. The novel balances a grim reality with hope and optimism.” How do you succeed with this balance?

John: An entire library is waiting to be written about the many battles going on around the world on behalf of its animals. I want readers to see through the eyes of those people on the front lines, to understand the risks they’ve taken, the challenges they face, and to know that this is not merely a “good guys vs. bad guys” dynamic. When writing about the oceans, about animals, there are so many ambiguities and mixed allegiances.

I hope readers come away from these books feeling energized to make a difference. It’s going to take all of us. I worry about people giving up, buying into this fatalistic view of the world. I refuse to take that view. We don’t realize the power we all have when we collectively do a billion tiny things to improve this planet. We like to blame our leaders (and they certainly deserve their share of the blame), but we’re all in this together. And when I see the amazing work that activists are doing every day, I can’t sit back and not do whatever it is I can do.

But I’m far from perfect. I do worry about the shaming that is going on in our culture, in which people shame one another for not being as righteous as themselves. While I’d love to see the world go vegan, for example, I’m not in the shaming business, because I wasn’t always vegan and I still use plastics and I drive cars and fly in airplanes. Everyone has a journey.

Mary: I agree about realizing our own power, and yeah, shaming is prevalent.

Your novel connects three main characters in a story of love and adventure. There’s also humor in the way these characters come together, yet the book serves as a serious environmental polemic. What draws your characters together?

John: I realized, after two novels, that I tend to write about heroes and lost souls–sometimes they’re one in the same. In Oceans is a backpacker whose main pursuit in life is gaining followers on Instagram. Then, at a hostel in New Zealand, she meets someone who pulls her into something much larger than the two or them and, by the end of the book, she is no longer worried about Instagram. It turns out that she was a heroes journey all along.

And I’d like people to think of themselves as being on heroic journeys of their own. It’s not always about the life-and-death acts we might imagine; it’s about the small things. Speaking up for animals, those who can’t speak up for themselves. This is a heroic act in so many ways.

If you had told me when I was twenty years younger one day I’d be vegan, be writing about animal activism, and be publishing other animal literature, I would not have believed you. But life is like that, and thankfully so.

Mary: What drew me to your novels was that they take place in various places around the world, enhancing readers’ knowledge about local realities that are raised to global concerns. Whether it’s a penguin rescue station in Patagonia or a seal rescue organization in Southern Africa, animal rights advocates come together to fight the good fight. What kind of research did you do for both these novels, and did you travel to any of these places?

John: I was fortunate to travel to Patagonia, and I’ve been to many of the places in Australia and New Zealand and Iowa that come up in Oceans. But I’ve never been to Namibia or South Africa. And this was what held up Oceans for some time. I was stuck on this idea that I had to go. I did base the rescue group in the novel on a very real group on South Africa who rescue cape seals. I did try to keep everything as factual as I could. But, in the end, it is fiction.

Mary: Secondary from the previous question, the world eco-fiction spotlights often lift the gaze from fictional stories to what’s really happening in various places around the world. What are your concerns about the reality of oceans, particularly where your story takes place?

John: When I think of the horrors we have subjected whales and all sea creatures to for hundreds of years, and now, after all that, even as some species have been granted some small measures of protection, we pollute their homes with our garbage and our noises and then we begin turning up the temperature. It’s tragic beyond measure.

And there are dozens of nonfiction books out there that tell us this and so much more. Rachel Carson said as much 60 years ago. So why do so many people pretend the problem doesn’t exist? It’s not that people don’t know; it’s that that they choose not to know.

And how do writers break through these self-constructed walls? Perhaps with a story or two.

Fiction can be subversive. It can go places nonfiction cannot. And when I hear from someone who says they read my book and that they had no idea that this was going on in the world and they have since given up eating seafood, it means the world to me.

John: Please visit Ashland Creek Press,  where you can download samples of all of our books. We have some amazing authors who have written about tigers, bears, Komodo dragons, Sulphur-crested cockatoos, dogs, and sheep.

We’ve also published an anthology of essays for writers called Writing for Animals, and have published two short story collections that have become quite popular in university programs: Among Animals and Among Animals 2.

Mary: Thanks so much, John! I will also agree with you about readers visiting your site. Ashland Creek Press is a vegan-owned boutique publisher dedicated to publishing books with a world view. They’re passionate about the environment, animal protection, ecology, and wildlife, and their goal is to publish books that combine these themes with compelling stories. Their books have received critical acclaim from Publishers Weekly, Library Journal, Booklist, and Kirkus Reviews, among others, and have been recognized by national award juries, including the Chautauqua Institution and the Lambda Literary Foundation. 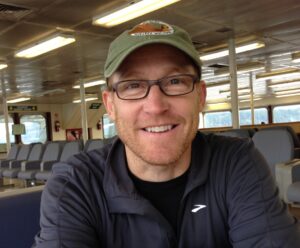 John Yunker writes plays, short stories, and novels. He is the author of the novels The Tourist Trail and Where Oceans Hide Their Dead and editor of two fiction anthologies, Among Animals and Among Animals 2, and a nonfiction anthology, Writing for Animals. His teleplay Sanctuary was performed at the Compassion Arts Festival in New York, and his short stories have been published in Phoebe, Qu, Flyway, Antennae, and other journals. Learn more at johnyunker.com.