Thanks to Nancy Burke, author of Undergrowth (Gibson House Press 2017), we travel to 1960s Brazil to explore the historical problem that continues to repeat itself today: the logging of forests and catastrophic environmental and cultural conflicts that follow. 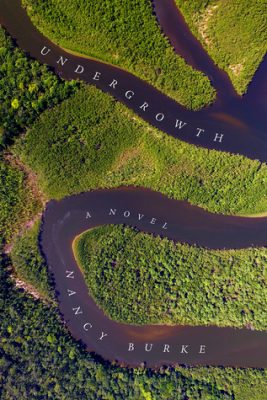 In 1960s Brazil, an indigenous group is on the brink of a tragedy, the dimensions of which they are only beginning to grasp. A small band of disaffected government agents, academics and visionaries is determined to fight for their cause. Among them is James who, along with his nephew Larry, travels to Pahquel, a village in the crosshairs of an environmental showdown. When James dies en route, Larry is left to decide: Should he attempt to escape his own personal demons by immersing himself in a completely foreign culture? Or retreat and resume his disaffected life in the U.S.? What costs will he bear if he chooses to press forward?

In this luminous first novel, Nancy Burke gives voice to the complexities of social, anthropological and environmental forces. Melding poetry with touches of magical realism, here is a page-turner of an adventure story that rests upon deep and unsettling layers of undergrowth.

This densely packed debut novel…demands that readers set aside their preconceptions about society and civilization and immerse themselves in the world of this small band of renegades, whose personal journeys are every bit as dark and dangerous as any voyage into Brazil’s wilderness. -Booklist

Mary: What kind of environmental showdown is happening in your novel, and does it reflect real-life happenings?

Nancy: An issue I often talk about when I do readings is my experience of a struggle–one that many authors face–regarding the question of how to allow myself the space to write fiction while still respecting the integrity of my book’s setting. The concern is even more acute when the setting has, in life, deeply affected people in traumatic or tragic ways. And absolutely, in 1960s Brazil, where my book is set, there was a catastrophic confrontation between the indigenous tribes and the government, and the environment was hanging in the balance. Many aid organizations today, Amazon Watch and Survival International are two of these, recognize that partnering with indigenous groups is generally the best way to preserve the forest, and problems arise when ecologically focused groups try to intervene over the heads of those who best know the land and whose lives are at stake. My novel highlights the reckless and dehumanizing ways in which the “Indian problem” was handled by many during that period, when some who were hired supposedly to protect the tribes exploited them instead because of the monetary value of the natural resources upon which the tribes were sitting. Attitudes toward the tribes and towards the land go hand-in-hand; a failure to respect one amounts to a failure to respect both. Historically, after the double-rape of the tribes and the land by SPI was exposed, awareness was raised to some extent, but I’m sad to say that with the recent election in Brazil, we’re returning to the bad old days and worse.

I was scheduled to do a presentation at Amazon Watch just days after the election, and I honestly debated about cancelling just because I didn’t think I could speak without weeping, though I was glad I went, because I needed to be with people who appreciated the extent of the disaster. Bolsonaro promised on the campaign trail to roll back both environmental and tribal protections, will certainly slash the already devastated budgets of the government agencies that protect the tribes and their lands, and has given a sense of impunity to individuals, families and especially companies that the forest’s riches are theirs to harvest.

Mary: Thanks so much for your work on this and bringing these problems to light, both in fiction and in real life. You’ve been compared to Gabriel Garcia Marquez (one of my favorite authors!) and Isabel Allende, and have a touch of magical realism? Can you tell us more about this?

Nancy: I sure am happy and honored (though a bit bewildered) to be placed in their company, by anybody ever! Their words and visions are profound, transformative, and their magic isn’t confined just to their talents for making stuff up. I used a bit of magical realism with great trepidation in my book, because I wanted to get across how temporally fragile these tribes become the minute they come into contact with the so-called civilized world. I had started before I knew what the book would be about with thoughts about pets, how strange it is that we witness their entire lifespans, from youth to death, which is not how we experience people. Animals show us the transience of our lives. It’s true what Joyce said–we don’t deserve them.

Mary: Can you tell us more about how you were inspired to build your characters, your world?

Nancy: The book began with an image, and it just took hold and grew. I sat in on a class with an extraordinary professor when I was in graduate school and remembered him showing us a film about his work with the Kayapo, talking to a group of Kayapo men as he waved a book of revolutionary theory in the air. The image was compelling, and from then on, it expanded into a world I walked around in in my head for years. I did research, of course, but then just put it all aside and focused on capturing the world in my mind, speaking that made-up language to myself, and forgetting the Chicago winters as best I could.

Mary: Comparing the 1960s to now, what ecological crises are similar or have changed?

Nancy: There’s that old proverb:  May you live in interesting times. We’re in one now, for sure, because never in recorded history has there been such a deep appreciation of people and experiences that are “other,” on the one hand, and then such a political/economic/technological engine of destruction on the other hand to steamroll that sensitivity.  Both multi-nationals and governments represent authoritarian regimes of such power as has never been seen before, and their yield of climate change means that the destruction of earth is now possible in a way that it wasn’t before.

Mary: Anything else you want to add?

Nancy: Just that I wasn’t intending to be such a downer! The world is full of beauty and small, miraculous kindnesses, and poetry, and we must never give up on those gifts. They’re what we live for, and that’s as close to immortality as we’re going to get. As they say in one of my favorite songs (“Mayfly” by Dolly Varden), we are lucky, and the story is not over yet.

Mary: You’re not a downer. In fact, we need to have a multi-faceted approach to recognizing and fixing our problems, which includes some hope and appreciation as well as some dire and blunt warnings. Thanks so much, Nancy, for your time and interesting information about Undergrowth.

They say history repeats itself, and progress means taking one step forward and two steps back. In Brazil’s recent election, hard-right candidate Jair Bolsonaro–similar to the president in the United States–campaigned on rollbacks that had been set in place to protect the environment. This worries people everywhere but particularly indigenous people at ground zero. According to the National Geographic, Beto Marubo, a native leader from the Javari Valley Indigenous Land in Brazil’s far-western borderlands, stated:

We are very worried, based on what the president-elect has stated. If what he has promised comes to pass, there will be chaos and upheaval in the Amazon.  Many brothers tell us there are invasions, people entering the territories with no regard for the rules and no fear of the authorities.

Some facts on the ground: 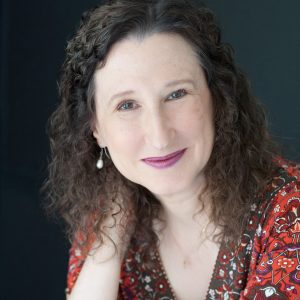 Nancy Burke is a psychoanalyst in private practice in Chicago and Evanston, Illinois. Her poetry has appeared in After Hours, The American Poetry Journal, Permafrost, and many other literary magazines. Her recording of original songs is American Goodbye. Undergrowth is her first novel.