The gale force winds of climate change are calling. They’re calling to scientists, writers, and artists to weave stories that will inspire the children of tomorrow to dream up a brighter future. Happily, many are responding to that call with a spate of new nature and environmental narratives using science as a springboard to create powerful children’s literature. After decades of misinformation, denial, and inadequate attempts to reduce the dire impact of climate change, young people around the world are troubled, angry, and frustrated. They are searching for ways to understand and take action. I am sure that compelling stories interwoven with science can educate, inspire, and empower these young people.

The epiphany that inspired me to begin writing eco-mysteries struck me one morning driving to work down the road winding through a wooded hillside. As I approached the bottom of the hill, I screamed out loud, “How dare they!” Overnight, a swath of naked red dirt had replaced a verdant forest. A forest of oak, hickory, poplar, and pine, which had sheltered and sustained a rich diversity of life, had been bulldozed to a barren patch of clay. Just one ancient white oak, standing like a tower of hope, had been spared. The birds, possums, and squirrels had all fled for their lives when the machines arrived.

After that aha moment, whenever I drove by the oak tree it kept on calling to me to share its sad tale l. I imagined the oak, which I named Alba Maizie, telling its story to the neighborhood’s children. Nine months later, The Adventures of The Sizzling Six: The Lone Tree became the first eco-mystery to blossom into a series of nine books published over the past decade.

Woven into this, I hope entertaining story about six feisty girls determined to save the white their oak, is a serious theme. Over half of the tropical forests worldwide have been destroyed since the 1960s, and every second more than one hectare of tropical forests is lost, according to the International Union for Conservation of Nature (IUCN). The loss of forests threatens the survival of many species, including humans, and reduces the ability of forests to sustain clean air and water. 1.6 billion people depend on forests, and one billion of them are among the world’s poorest. 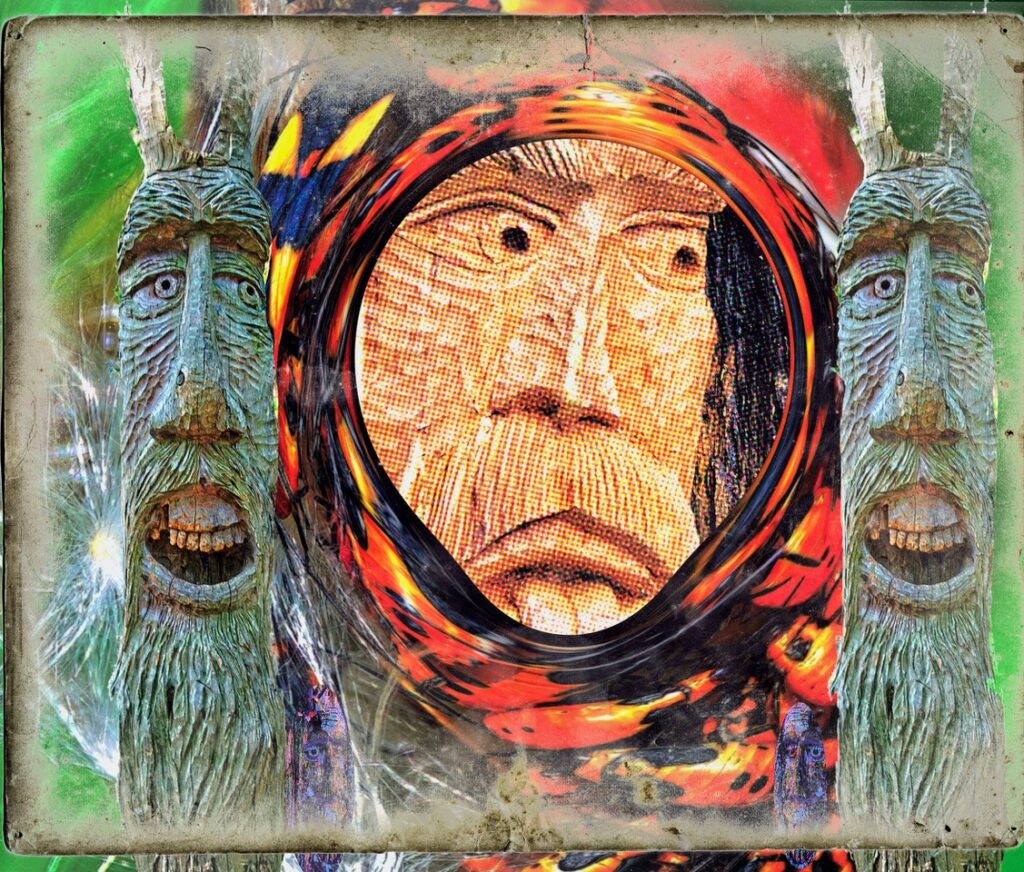 Yet all is not yet lost. Science-based solutions, such as forest restoration, can reduce the worst effects of deforestation and recover the ecological, social, climatic and economic benefits of our forests. That is why I apply scientific knowledge to create plausible and hopeful but realistic endings for my stories rather than gloomy or magical fairy-tale ones. One caveat: as environmental writers we have a responsibility to thoroughly research the scientific underpinnings of our stories. Pseudoscientific claims that appeal to ingrained fears and long-standing beliefs can become widely accepted, hampering action to reduce the harmful effects of climate change.

Following The Lone Tree, I created stories for The Sizzling Six series woven around North America’s disappearing freshwater mussels, the endangered Red-cockaded woodpecker in the longleaf pine forests, the threatened diamondback terrapins native to the coastal tidal marshes of the eastern and southern US, and the Cahaba lily found only in streams of Alabama and Georgia.

My focus widened to the international sphere with The Case of the Missing Piping Plovers, which chronicled the exciting discovery of the winter nesting grounds of Piping Plovers on Joulter Cays, a remote coral reef in the Bahamas. Monarch Mysteries (book 6), follows the migration routes of the threatened Monarch butterflies from North America to the Oyamel forest at El Rosario sanctuary in Angangueo, state of Michoacan, Mexico. With Vanishing Birds (book 9) I expanded my stories globally to include the entire length of the Atlantic migratory flyway from Baffin Bay in the Arctic to Tierra Del Fuego, a remote island on the southernmost point of South America.

Recently I completed Red Flag Warning, my first eco-adventure on climate change, broadening the stories from local, national, and international to global issues. This middle-grade ecological adventure was sparked (pun intended) by the devastating wildfires now exploding around the globe. The story is told through the eyes of three diverse teenagers: Aisyah from Sumatra, Kirri from Western from Australia, and Hector from Northern California, brought together by a powerful gift—the ability to communicate with animals—and by the animals who save them from certain death during a frantic race to outrun the inferno roaring toward them.

Now, more than ever, I am convinced that scientists, educators and artists need to use their talents to inspire students to “see” the interconnectedness of their world—to understand what happens in their town or country may impact other distant places on our planet. At this very moment the Covid-19 pandemic is making that message horrifyingly clear. And, more than ever, I am committed to keep writing science-based environmental fiction that will ignite the imagination and show kids (and the young at heart) they can take action and that their actions matter. 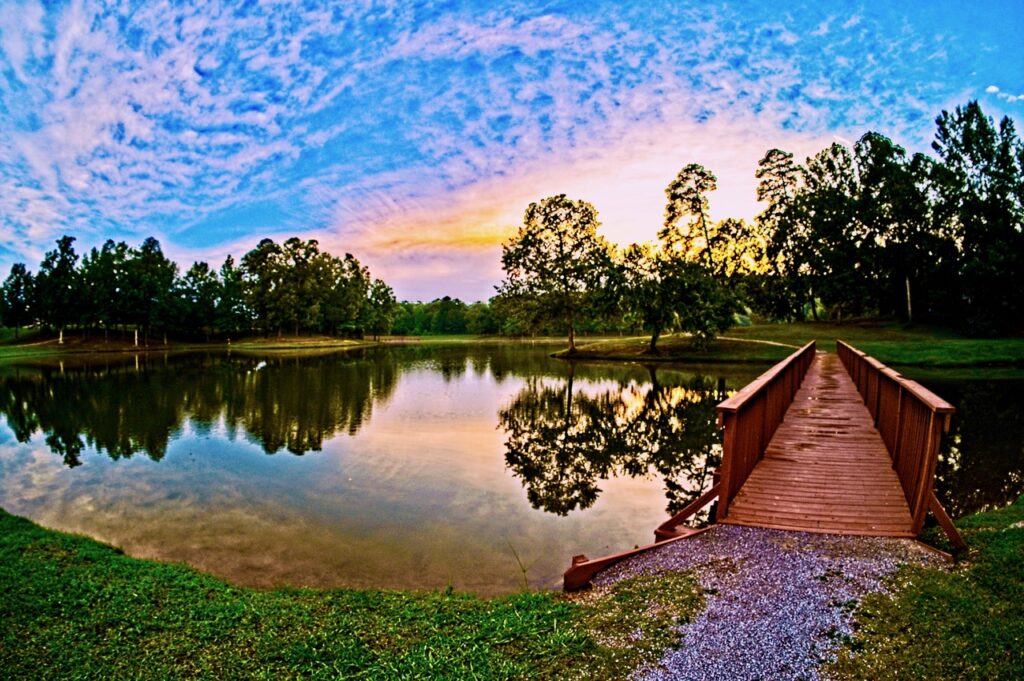 A Bridge to Tomorrow (Boris Datnow)

Looking back, I realize from my earliest childhood memories I’ve always been “in love” with the amazing natural world. That passion is what drives my stories. Back in the 1990s when I was teaching at in Birmingham, AL, public school, my students and I built a nature trail on the school grounds. One of my student recently penned this letter to me:

I remember when we started working on the Panther Paw Nature Trail. At first, I was excited to get out of the school building for any reason, but soon fell in love with being in the woods and learning about the plants and animals that we saw. I remember the invasive species Mrs. Datnow pointed out. This was my first introduction to the importance of native plant species on the continuing existence of native wildlife. Even now, as I hike and backpack with my own four children, I think fondly of the time as I point out the mayapple, trillium, the liverwort, and other plants . . . I often walked over to the trail with my best friend, who was part of the project, after school and on weekends. It was a wonderful place . . . to be free of our troubles and worries. The peace we found there has inspired me to teach my children about our world and how to preserve what we have been given, and to become wise stewards of nature.

Just recently I was thrilled to learn that the Alabama Audubon Society was restoring that trail and were naming it The Audubon Datnow Nature Preserve.

A lone voice can make a small difference to the children; however, many united voices can persuade the powers that be to do more to spread the message of environmental conservation. I know it’s not easy, but I want to encourage writers and artists, scientists, and technologists to communicate their stories and their knowledge to the next generation.

In the not-too-distant future, young people in our neighborhoods and schools will have joined the workforce. Some will find themselves working as scientists discovering and studying creatures and plants on our planet’s highest mountains, deepest oceans, driest deserts, wettest rainforests, and in the concrete jungles of cities. Others will find themselves working for corporations, sitting behind desks, caring for patients in hospitals, standing on podiums, in classrooms teaching students, or running for political office. All of them will be making decisions, voting for leaders, and for actions that will, for better or worse, affect the health of our planet and the survival of life on this planet. That’s a huge responsibility for the older generation to place on their shoulders. So what can we do to help them?

I am certain that young people studying the natural sciences, from kindergarten to college, will bloom into the next generation of environmental leaders. They will understand the science and the issues underpinning society’s challenging ecological problems. And they will apply their knowledge to create a stronger connection between what must be done and how to get things done. Still, we need something more to close that chasm between cognition and action. We need something to electrify us, move us, spur us on, to stop us in our tracks.

Science and literature can cross-fertilize one another. Storytellers need to understand the powerful methods of science which provide solutions to pressing problems. Scientists need to apply the building blocks of powerful writing and art to become better communicators. Although science and storytelling employ different methods, they share the WOW or the wonder that drives their vision, because curiosity and perseverance are at the heart of both disciplines. Science asks: how can we explain this WOW? Storytelling asks: how can we tell compelling narratives about this WOW?

Yes, indeed I’m committed to keep writing science-based environmental fiction for kids, and the young at heart. As storytellers, we hold the power to touch their hearts, to ignite their imagination to build a bridge to tomorrow, and to empower children to take action for the greater good of humanity and the well-being of the Earth. We need to reject narratives of division. We need storytellers from all disciplines to blur boundaries, expand empathy, and stretch our capacity for caring. The winds of change are calling loudly and clearly for narratives that will illuminate our vital connection to one another and to this precious blue planet on which all life depends.

The featured image thumbnail is an illustration from The Adventures of the Sizzling Six: Monarch Mysteries (Ruth Palmer).