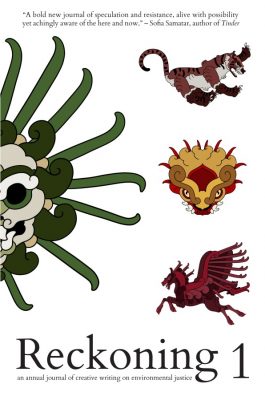 The year the plague doctor came to town, winter came early and held on into spring.

Up on the mountain this described almost every winter, yet somehow this year was worse. The road to the house was impassable and had been since the beginning of October. Robin’s parents were glad for the isolation, but for her and Bret it meant long snowmobile rides if they wanted to get home. Bret got his own place, near the garage where he worked. Robin was at the community college, and spent many nights sleeping on couches, or sometimes in her grandmother’s hospital room, to avoid the long commute.

The plague was a plague of trees. Hemlocks made up most of the tree cover in the mountains, and pretty much everywhere else, too. The conifers grew faster than the hardwoods, and had become easily dominant, but that was before Robin was alive. That was before her parents were alive, even. Robin had driven far enough south to see the creeping progress of the woolly adelgid, row after row of sickened or dead trees skirting the highway. The creatures sucked the moisture out of the hemlocks. Robin looked at their dry, dead branches and couldn’t help imagining the rest of the state as the wasteland it would be without them. The vision made her feel sick, and that was as good a reason as any to take forest ecology classes.

She went to talks in Albany and New Paltz. She learned about forest succession, in an effort to imagine what would come next. Every swamp full of dead snags made her angry, and she turned the radio up loud when she drove by them.

Julia silently pushed a button on a remote control lying in front of her on the table, on a pile of celebration stuff. A larger than life fir cone in the lightest corner of the room hissed out nine tentacles of unequal length. With a loud spat of suction cups, the treerootlike offshoots firmly attached themselves to the floor. The cone erected and started to telescope. Collapsible fir-tree branches covered with silicone needles were shooting from under its scales.

Julia and her daughter Nastya were observing it from the opposite sides of the table—”The Botticelli Venus who sold her hair to buy a pair of jeans and a tee, and Leonardo’s goldilocks angel”, as they were called by Klara, an artist, their friend. In about five minutes a gorgeous New Year tree was standing in front of them.

“My best idea ever”, Julia said. “Much unlike that lame decision to send you to a mixed school. Well, do you want to tell me more about your crush?”

“Only women with immaculate genes.”

“Do I have maculate ones?”

“You will get tested later in life to find out.”

The Hole in the Reef

Across the flat horizon: only blue, no sign of other boats, of anything at all.

The line and anchor had become entangled with something below.

His father yanked back and forth on the line with an older-man’s violence, unsteady on his feet. His father’s dog, Crappy, yipped encouragement at his heels.

“Sit down, I’ll do it.” But he could not free it either. He looked again for sign of police, or sign they weren’t so alone.

“Of course you are, you fappy hucker. It’s got my goddamn logo on it.”

“You think someone’s going to find it?”

“Certain jail time. I don’t make the rules, I just break them.”

“You are a cliché machine.”

“Don’t bother with that ugly face nozzle, it’ll take you thirty seconds, down and back. I can see it right there.”

“You can’t see it. You see the rope, it goes into nothingness.”

“Over the side with you, lout fish.”

“Just need my fins. Stay above me, right? I don’t trust you with an oar.”

“I was born to oar. I’m ad-oar-able. I will oar-rate to you while you fish that thing out.”

The Rule of Capture

There is no such thing as an empty lot.

I knew foxes were living back in there in the woods behind the door factory, but the first time I saw one was when it was running away from a realtor.

It is curious how we can identify so many animals that we have never seen. We are taught to do it as children. Especially the animals dangerous enough to eat us, or wily enough to live at the edges of our encampments and steal our food.

The realtor did not see the fox, and I did not call it to his attention. If this were a fairy tale, I would tell you how the fox appreciated that.

We entered the lot through my back gate, and then walked through the tall grass toward the old roadbed that once led to the ferry across the river. That’s where I saw the fox. It ran right down one of the tracks of the human path, then into the dense brush of cactus, scrub trees and mustang vine grown up around the drainage pipe that empties behind the construction supply warehouse. I suspect the den is back in there, and have seen trailsign, but have never found the hole.

Most of us are better at the taxonomy of human variants than the naming of animals, even though we have no zoos to show us the former in simulated habitats, unless you count television. The realtor was typical of his breed, an affluent white guy in his twenties, tall and business casual, looking lost the minute he stepped out of his polished black SUV and tried to interpret the spot where the road ended at a run-down chainlink gate overgrown with uninvited vines, like Boromir pondering the hidden door to Khazad-dûm.

As with most realtors, this one was kind of a hunter, but not the kind with eyes trained to see movement in woods. He was hunting for human value locked up in undeveloped land, a percentage of which value he could capture as numbers on paper by finding someone who would “improve” the land. The lot was ten acres of woods above and along the river, land that had once been owned by the ferry company as its north landing, and then been a place where men would dredge river rock to make concrete to pave the city.

Capital abhors unimproved land, especially when it is in the fastest growing city in America. And capital does not see wild animals. They do not appear on its register, unless they have been captured and turned into property. And that is probably why realtors cannot see wild animals, even in Texas, where all the realtors who are real Texans are also real hunters, the kind that have nice guns and coolers full of very cold beer.

Realtors are how capital captures the wild instincts of human hunters and uses them to eliminate wildness from the world, by partitioning every spot of earth and sometimes the air above it, overlaying the surface of the entire planet with a grid that allocates dominion among the naked apes. A system which has very little to say about the things capital does not register, like all the other living beings with whom the land and air and water is shared.

the creek indians had

made from corn one of which is

it is not intoxicating

as some white people believe

the old indian women are

especially learned in making it

it must be made right

or it will not taste good

vce cvlvtwe is the indian name

of the corn from which

the corn is used when it

has dried after it has ripened

it is shelled by hand

the corn is put in the

pounder kecvpe is taken up

by hand about the middle and