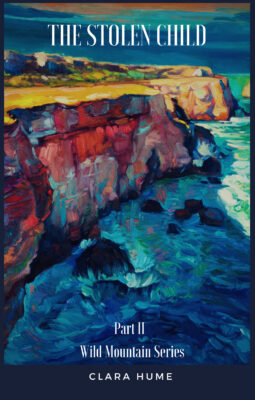 Thanks for celebrating eight years with Dragonfly.eco. To celebrate, I had originally planned to post the next Around the World in 80 Books article at Medium; you can see my first couple articles here. I’m still writing the next article, so it should be here soon, but something else is taking a lot of my time, and it reflects why I began this site in the first place.

In 2008 or so I began writing my own novel under the pen name Clara Hume. I first published it in 2012 and rebooted it in 2018 to start the Wild Mountain series, a duology. As a writer, I just wasn’t ready for the story to end and I had traveled to Ireland, a magical place that I wanted to write into my story. Back to the Garden was mentioned in various outlets as part of a new trend in the world of climate change fiction back then.

In 2012, the idea of the topic of ecological changes remarked in fiction was not new. Science fiction had been the main genre for environmental fiction for a long time, and in the 1970s a new genre, eco-fiction, had come about, mostly propelled by science fiction authors. Writing my first novel prompted me to look for other stories that might be eco-fiction, so I began finding them as I also researched the terminology, which had been studied widely. Sometimes climate change might be the main focus. Sometimes it’s animals or post-colonial diaspora or waste or coral reefs. One thing is for sure: these novels are becoming mainstream now. And what we used to call speculative often blurs with realism. We’re now experiencing more and more ecological and climate catastrophes around the world—they are becoming common-place—and because authors write what’s around them, these novels that I have been studying are growing boundlessly.

In the past nine years, the database grew from zero books to nearly 900. I began interviewing authors as well and went from zero spotlights to 120. My interviews range from some of the biggest authors in the field to indie authors. I also began an excerpt library and a young adult and children’s section, including the occasional review by Kimberly Christensen. The site grew and grew, and you can join a tour guide of it here.

But what piqued my interest in starting this huge eco-fiction project really began with my own novel. I was concerned, as many authors are, about how humans do not live within the bounds of sustainable ecosystems. Stories capture this in artful ways—not by preaching but with good storytelling, which reaches readers’ hearts. We haven’t managed our resources with caution or care for future descendants. To explore the diversity of subjects capturing this, in fiction, was important to me.

So, on the 9th birthday of the site, I have great news to celebrate. In March this year, I set a NaNoWriMo goal to write 70,000 words on the sequel to Back to the Garden—The Stolen Child.  The goal was to have it finished by next August and publish sometime in 2023. But I’ve gone hog wild on it and already have nearly 70,000 words completed in my goal, so now the projected publication is in the fall of 2022. The writing and editing of this novel takes precedence right now, but if you were looking forward to my next Medium article, never fear, it’s coming together too.

If Back to the Garden piqued my interest in following through on how other writers were tackling environmental issues, I know that The Stolen Child will give me new ideas too. Who knows what the next nine years will look like!