Women Working in Nature and the Arts Update: this book launched on January 9.

Mary: Your imagination is brilliant, and Nature’s Confession is chock full of interesting satire, fresh neologisms, and comical aphorisms. As a reader, I was nestled deep into an epic tale of science fiction and fantasy that addresses the question of humanity’s pollution of the planet. Your approach to this tough subject was to take a family of seemingly ordinary Earthly inhabitants, with a focus on their two teenage children, and turn them into an extra-ordinary family that races to save the Earth after coming to terms with the fact that they, and everyone else on the planet, is just another brick in the wall–and together we have destroyed Nature. Heck, even their pet gets involved. The novel is wonderful and reminds me of classic science fiction I watched or read as a kid. It was a genre that fascinated me then, and your book has joined that memory. The novel is epic in that it doesn’t just tell a story (which it does do too), but it puts our very survival into question while romping through the universe or discovering new quantum physics that are both scientific and spiritual in nature. In the meantime, universal symbols are unearthed, codes are investigated, fat corporations are dominating, a romance is blossoming, computers come alive, and native tribes and Nature on another planet bring our own treasured past into the future.

What is Nature’s “confession” and why aren’t we confessing our own sins against Nature?

J.L.: Nature, AKA ‘Mother Nature’, confesses truths and surprising scientific secrets. One of the shocking facts that she reveals to humans is that she can no longer sustain us unless we give up our war against her.

Mary: The near-future world in Nature’s Confession is believable in that we’re headed in that direction with our dependency on fossil fuels, one of the main contributors, along with deforestation, to climate change. Your book actually reminded me of Wall-E, where corporate fatheads are literally fat, and the rest of humanity has no will of their own. Corporations have sucked the life out of the wildness of our planet and the energy out of ourselves. We do need the wilds, though, and you paint Nature as a beautiful place. What places on our Earth inspired your descriptions of Nature in the novel?

J.L.: The beach in the novel comes from the memory of a favorite spot on a Mediterranean island with its ancient language, olive trees, clans of cats and flocks of birds. Schools of fish still sparkle and jump out of the water from predators, but less so now that the coast is under rampant construction including the planting of imported palm trees. A rotten egg smell invades the beach from time to time these days, now that methane drilling is allowed in its territorial waters, where NATO forces also lurk.

Mary: Your main characters are a family, but the book has a strong young adult feel to it since the teenager “Boy” and his half sister Kenza break through the busywork hivemind of society and motivate their parents to begin thinking about the world and its corporate greedy oil reality. Though I enjoyed this novel immensely as an older adult, it seems you might also want to reach a younger audience. They do have the most to lose, and they are probably our best bet, don’t you think?

J.L.: Absolutely. Young people need to know what’s at stake, and the risks for them in the future. I wrote Nature’s Confession for them, since they’re the main hope for waking up their parents, who probably have already brainwashed into corporate complicity. In the book, school kids are brainwashed with ‘mist’. Boy fights to remain conscious, and tries to convince his dad to use his influence to help stop polluters. It’s not even a metaphor for what’s happening today, but a very real parallel, when you consider the control corporations have over what gets into the media and what controls people’s minds.

Mary: Speaking of characters, in your story, many non-humans are anthropomorphized, including androids and pets. And Nature herself is a living character in some aspects. I guess I want to ask here: where did you get all your imagination from when creating these characters? 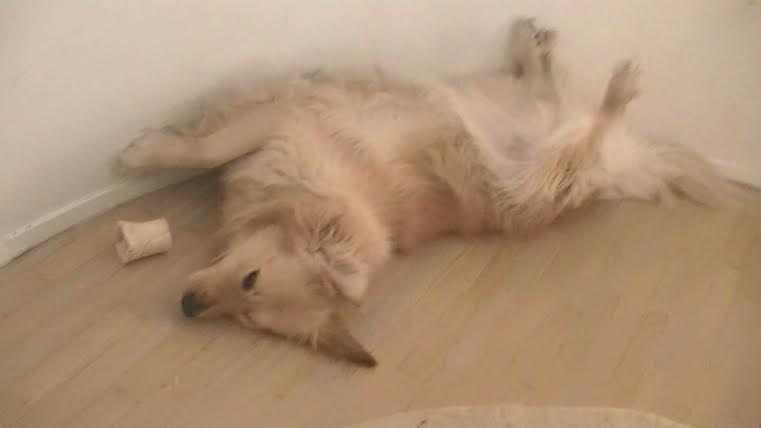 J.L.: This occurred to me over the years and came up as I was writing. The hupcha is based on my doggy, Safira. I talk to her often and take her on walks, and she’s shown me things about Nature I never suspected. Being aware of her needs and perspective has helped me become aware of the carnage that humans have committed to organize the wilderness into suburbs. In many ways, she’s superior to humans. She has soul, is always happy, has a more developed sense of smell and probably several others. My more human characters are kaleidoscopes of people and influences who’ve passed through my life, but they’ve come into their own under the extenuating circumstances of imagination. A lot of their antics came to me as I was falling asleep–yes, I keep a notepad next to my bed.

Mary: Regarding lessons of Nature, the novel is didactic in parts, but not boringly so. You are sending an environmental message through an epic sci-fi thriller and parable. Some of my favorite science fiction has done this throughout the ages–Soylent Green, Dune, for example, plus work by Kim Stanley Robinson, JG Ballard, Margaret Atwood, and Ursula Le Guin, to name a few. Can I just put you in this category of author? How does it feel to be there?

J.L.: Thanks, Mary. It feels great! I love a story with a moral, and if there isn’t one, I feel cheated. Times have changed since the days of Dune. When I was shopping the manuscript to agents and publishers, I got the comment that it ‘wasn’t commercial’. I took that as a compliment but am aware that the way the agent saw it, literature should answer to shareholder value. A sad state of the art. The biggest challenge mankind has ever faced has appeared in our generation: we’ve reached our saturation point, where we’ve polluted the environment we live in to the extent that life is threatened. If we continue growing exponentially, the environment won’t sustain us. And all this at a time when newspapers talk about growing more first and foremost. How do you reprogram the human race to question growth itself, when the foundation of modern economics is the assumption ‘growth is good’—not only a big assumption, a wrong assumption. In fact, Senior Economist at the World Bank, Herman E. Daly and Dr. Kenneth N. Townsend have proven (http://dieoff.org/page37.htm) that we can’t grow our way out of poverty and environmental degradation. Sustainable economic growth is impossible, since the economy is an open subsystem of the Earth ecosystem, which is finite, non-growing, and materially closed. As the economic subsystem grows, it engulfs more and more of the ecosystem in which it exists and is bound to reach a limit when it ‘incorporates’ (their words) 100 percent of the ecosystem, if not before. Thus, the economy’s infinite growth is by Nature not sustainable. So that’s the message: as MakSym puts it, man over Nature is obsolete.

We’ve been fighting the wrong war: “Some of you might remember doing a biology experiment where you filled a jar with water and put a few blades of grass in it with holes in the top. After a few days, if you looked at a drop of the water under a microscope, you saw healthy amoebas growing. After a few more days, the jar became full of amoebas as they happily multiplied. After a week, it stunk with rancid water. A look at a drop of the polluted water showed that all the amoebas were dead. What did Nature confess to us in that experiment? That growth could not go on forever. There is a saturation point. The amoebas were so successful that they multiplied until they used up all the resources and became extinct. If humans don’t guard against reaching their saturation point, they, too, will commit parricide against their planets. We saw the contagion on Earth, when mankind pit its cancerous growth against Nature. Now the truth is clear. Enslaving Nature, we enslave ourselves. Conquering Nature is a death wish. We have been fighting the wrong war, and in winning, we lose.”

Mary: Words are really important in your book. There’s even a chapter called “Word”. You introduce neologisms and remind us of meanings and codes and symbols. Would you mind talking about sema, tomb, and egg and how these ideas fit into your story?

J.L.: Knowledge of the sema comes from drawings on ancient Greek urns. It’s a recurrent drawing of a white egg shape used to depict the mouth of a tomb. It denotes a beginning and end. There are many pictures of dead heroes entering the sema. A more recent example is Jesus Christ, and the eggs at Easter symbolize his rebirth or resurrection. One of the questions Boy asks is whether we were put here for a reason, and if so, was the reason just to pollute? This existential angst is relieved by the unveiling of the sema, a code that makes it through the Big Bang to aid with the creation of the next universe for the preservation of some semblance of life as we know it.

Mary: Having an interest in quantum physics, I loved that your book went in that direction. Do you have a background in physics? Where did your scientific invention and explanations come from, regarding Nature’s Confession?

J.L.: I did win 3rd place in the international science fair when I was in high school, but that’s my only credential. I love sci-fi, astrophysics, and particle physics. As a kid, I read Omni Magazine and dreamt of becoming a space colonist. Now I read Scientific American and realize that the space colonist lifestyle would actually be pretty boring, consisting mainly or entirely of being stuck inside a tin can in transit. I’m sure there’s life on other planets—they just discovered methane (mainly produced by living organisms) on Mars!—but the impossible distances involved in travelling to another planet bring home the popular slogan ‘There Is No Planet B’ .

Mary: When you were growing up, as a kid, who were your favorite authors?

J.L.: My favorite authors growing up were Anne McCaffrey, Frank Herbert, Ursula K. Le Guin, JRR Tolkien, CS Lewis. I loved trilogies and series that I could really get into. Living in Detroit, I put a high premium on escaping into another world! These days, I delight in Kazuo Ishiguro, John Fowles’ The Magus, and, well, Frank Herbert. That’s the greatest thing about growing older. You forget what happened in your favorite novels and can read them again for the first time.

Mary: What’s next, JL? And do you have any other thoughts you’d like to add to this interview?

J.L.: Next is writing articles related to environment and business and at least one sequel to Nature’s Confession. The business community seems unaware that the values have just changed due to the recent discoveries about climate change. Including the value of commodities such as oil, that was priced into companies’ inflated stock prices. A number of fascinating and efficient solar, wind and other renewable energy options have come to the market recently that make for interesting investment, and I plan on telling everyone about them. Where that leads will determine what’s in my next novel.

Mary: Thanks so much, J.L., and I wish you great success in your endeavors that bring us closer to fixing ourselves and our planet.