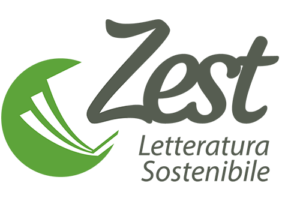 I’m so happy to talk with Antonia Santopietro, who runs ZEST Letteratura Sostenibile. We’ve collaborated on a few projects, this one–a two-part feature of Italian authors, beginning on August 11th–is the biggest so far. Together we planned this article, which became large enough to break into two parts for the World Eco-fiction Series: Climate Change and Beyond, which travels around the world seeking stories set in different places. The authors talk about their ecologically oriented novels, short fiction, and poetry, providing insight to their localities, experience, and environmental issues, lifting our gaze to something outside our own back yards but perhaps reflecting on similar feelings and experiences that we all have.

Antonia and I began talking about featuring Italian writers back in late March. As many recall, Italy was hit hard in the early days of Covid-19. We watched in tears as numbers testing positive and people dying rose. We watched in tears of joy as Italians sang or played music from their balconies as lockdowns began. We discussed how the pandemic affected writers of eco-fiction, and then planned for the feature to appear at Dragonfly. Antonia did all the hard work: finding authors, translating my two questions to them, gathering their photos and biographies, and sending them back to me. I edited the translations and prepared the web content, but need to thank Antonia for her strong participation in this spotlight. The two-part feature will be published on August 11 and September 11. Here, I talk with Antonia about her wonderful magazine ZEST Letteratura Sostenibile.

Mary: How would you describe ZEST, and what year did it originate?

Antonia: ZEST is a blog focused on literature and the environment. It originated in 2016 from my personal interests as well as my belief that everyone can help protect the environment. Revolutions can occur when ideas evolve, and digital media helps to communicate such visions. The idea of mashing up literature and sustainability topics, such as climate change, nature writing, wilderness philosophy, eco-fiction, and essays, is helped along when readers explore books on these topics. I founded this website, and since then we’ve strengthened our effort to offer more articles on a not-for-profit model. We also established our sustainability policy, which includes best practices for events organization as well as how to compensate CO2 emissions done by the site.

Mary: You maintain cultural and environmental vision with your magazine. Who are some of your supporters and partners?

Antonia: Our partners are the people who participate in the project. This collaborative effort builds the concepts for content as well as our growing editorial board. In recent years I’ve been working hard to build a virtual network among publishing houses, writers, editors, and readers. Social networking helps to keep the community alive and tuned.

Mary: The magazine is in Italian but reaches around the world. How do Italian readers and writers react to a literary magazine that’s green?

Antonia: Building a world-wide green literary magazine was my aim since the very beginning. Earlier, I had spent a long time committed to sharing my sustainability vision. I had done green marketing and environmental communication and felt I should be more involved in that. I noticed that readers wanted to focus on the future and a new way of life. Many of them were searching for thoughts and ideas in green lit. From time to time, we expanded categories of articles, from literary criticism to poetry and from literature such as Russian or Croatian to the recovery of ancient books. We also give space to interviews with writers or experts of sustainability and ecological matters.

Mary: Our feature will spotlight how Italian authors are dealing with COVID-19, which has hit Italy particularly hard. But I wanted to ask you: how has it affected your life and work? Are things getting better there? Please know my heart is with all of you.

Antonia: We are still worried during these weird days, and during the lockdown we have a lot of time to think. I published my thoughts on Facebook:

The emergency we are experiencing, and which reflects in almost all of public and private spheres of our lives, is, in these days, offering us a comforting as well as dangerous refrain–that is, the (pre) vision of a post-pandemic scenario of change. Like a kind of sweet balm spread on our fragile identities, which suggests and also inspires the idea that, mutatis mutandis, after having passed the different phases two and three and the followings, of control first, and co-living then, we will see each other, uber alles, driven towards the status of a blessed humanity, a sort of “new” wisdom, an exciting awareness that flourishes after having experienced an annus horribilis. There is no doubt that we will be different, but it would be a mistake to expect this diversity in something completely “new” that we still cannot define. We will certainly be different in regards to the concreteness of the news, which will offer us a high account in terms of lost jobs, reduced portions of well-being, quality of training compromised by the inadequacy of the already suffering system. Instead, we should not be different in contents and visions but just more calibrated in memory.

No new truth will appear in the sad displays of our days. All truths are already spoken, already lived. Centuries of literature have thought of it, telling us how things were. First of all, the change: what is the sudden transformation that anticipates the new vision we’re waiting for?

So Ovid recounted in Metamorphoses:

In these few verses is the synthesis of an evolutionary, transformative idea of the human being who receives divine aura and the power of nature, and takes advantage of the former by revealing him/her selves as a destructive god and annihilates the latter. Humans are unable to be the protagonist of a unique story, he prefers to pass through the repetition of his experiences even the worst ones. In a sort of loop, with an intermittence of times that travel in different syntonies. Today, in this pandemic event, we are in the wrong place of the loop. There will be no new information, there will instead be our notorious inability to remember the past that reorganizes itself in the present, so well as to appear new and unexpected.

Will we be different then? We will not be otherwise than before, omnipotent as god. Everyone will remain so … alius et idem.

Antonia Santopietro received an academic degree in Russian and English Literature, with specialization in Slavistics, then a Master of Arts in Sales Management & International Business, specializing in Sales Management and Marketing, Sales and Communication. From 1999 through 2017, she was as trainer and consultant in marketing management, and sustainability.

In 2012, she founded the non-profit cultural association We feel Green for the spreading of sustainable living; among its projects is the website ZEST Letteratura sostenibile, and the Literaria brand for publishing consultancy. She feels that Green Association is a cultural project that aims at promoting, disseminating, and managing cultural, literary, and sustainability related content.