February’s Indie Corner looks at the amazing Ryan Mizzen and his children’s fiction Hedgey-A and the Honey Bees!

Mary: Tell us about yourself–your life so far and how you got started in writing. What else have you written or published?

Ryan: My childhood was special in many ways. I was born in Zimbabwe and was fortunate to have exposure to the magnificent flora and fauna that the country had to offer. I believe this is where my love of the natural world began. I’ve always enjoyed writing, and as a child I had various pieces of prose and poetry submitted to Zimbabwe’s Allied Arts competitions, winning second and third place prizes. But it wasn’t until after I’d completed my Bachelors degree in Climate Change that I seriously considered writing as a profession.

I initially started out as a Bid Writer at an energy efficiency company and am grateful to my boss, Becks, for taking a chance on me at that early stage. I learnt a lot from her and she remains the most versatile writer I’ve ever met. It was around that time I completed a short online Creative Writing course with Oxford University, where I received encouraging feedback from my tutor. Fast forward four years and I’d completed an MA in Creative Writing via Distance Learning at Teesside University. Since then, I’ve also completed short online writing courses with the University of East Anglia and Harvard University.

I realised that writing was the one way I could engage more people about the climate crisis. As Margaret Klein Salamon emphasises in her book Facing the Climate Emergency, each of us needs to play a role in tackling climate change, and this is how I hope to contribute and make a difference. 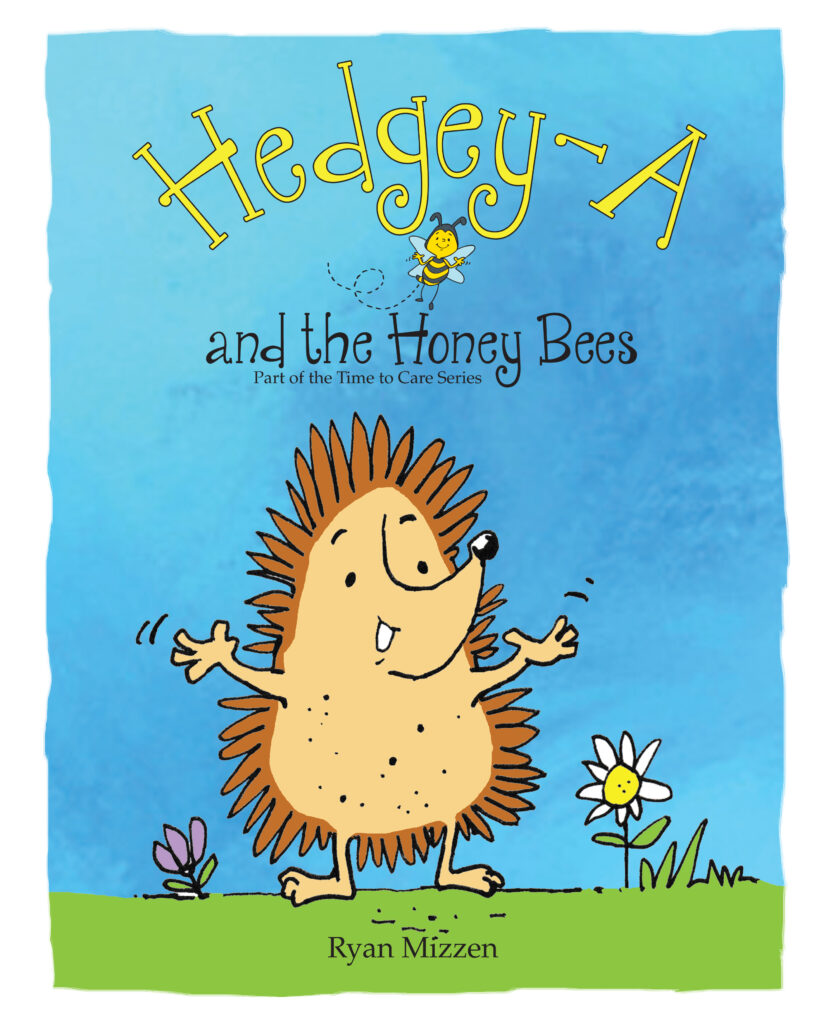 A new sub-genre called climate change fiction particularly interests me because I believe stories can convey ideas and messages in ways that non-fiction simply can’t. This is what started me out on my path towards becoming an author. I’ve since self-published my debut eco-fiction children’s picture book, Hedgey-A and the Honey Bees.

I’ve also had climate change articles published in various outlets including The Independent, The Bookseller, Thomson Reuters Foundation, Africa Geographic, and the South African. My other articles appear in Kiteworld Magazine, IKSurfMag, Holistic Health Magazine and The Writing Cooperative, amongst others.

Ryan: My debut children’s picture book, Hedgey-A and the Honey Bees, is part of the Time to Care series, which is intended to engage younger children about the plethora of interrelated environmental issues we’re currently facing. It’s intended for 5-7 year olds, and my hope is that this will inspire action for change.

Hedgey-A is a hedgehog who lives in the South of England. Above his house is a beehive which is home to his friendly neighbour, Brizzy the honey bee. Every Wednesday they meet for biscuits and tea, and on this particular meeting, Brizzy explains to Hedgey-A about how pesticides are harming bees. Hedgey-A grasps the seriousness of the matter and sets off to visit the Queen, who he hopes can help protect the bees.

It’s a fun and timely adventure, which also captures some modern contrasts, including a lady taking a selfie on a train, while an older generation eat scones and attend their knitting! Illustrations come from the fantastic Paul Winward, who captures a sense of place so accurately that London becomes instantly recognisable for a global readership.

Mary: It sounds terrific and engaging for children. What sorts of ecological themes does your novel have, and how were you inspired to write about them?

Ryan: The key theme of the book is the need to protect bees, whose numbers are in sharp decline. A popular quote attributed to Albert Einstein, says that, “If the bee disappears off the surface of the globe, then man would only have four years of life left.”

One of the major threats to bees comes from the use of pesticides and neonicotinoids (neonics), which are linked to bee deaths. The UN has publicly said that we can grow food crops without the use of pesticides, and have decried the powerful influence of pesticide lobbyists who’ve convinced governments otherwise. Pesticides don’t just harm bees; they’ve also been linked to cancer, Parkinson’s, and Alzheimer’s disease in humans. In babies, pesticide exposure has been linked to diabetes, birth defects, and cancer in what paediatricians have referred to as “a ‘silent pandemic’ of disease and disability”, according to an article in the Guardian.

Little did I realise how topical this book would become, as less than a month after publication and barely a week after Brexit in January 2021, the UK government went back on its post-Brexit promise to maintain a ban on neonics. Not only does this jeopardise the health of bees and other pollinators, but it also risks contaminating both the soil and rivers with toxic run-off from agricultural land.

My hope is that after reading this book, parents and children will want to learn more about why protecting bees matters and why pesticide use should either be banned or highly regulated away from industry lobbyists. I also hope it encourages parents to think about the world they want their children to inherit.

Another theme that I hope sticks with readers is the need to work together to protect the natural world. We are stronger together in the face of immense opposition and adversity. The rest of the Time to Care series will take individual climate and environmental issues and explore them through anthropomorphosis. It’s essential that the next generation has the knowledge to make sense of why the world is the way it is.

Ryan: As a result of the coronavirus pandemic, the month after publication saw the majority of the UK move into Tier 4 status followed by a nationwide lockdown. My marketing strategy has therefore put book fairs and talks on hold, instead focusing on online articles and interviews. As a debut self-published author, there were always going to be learning curves with marketing, but I’ve just had to be as innovative as possible. As one example, I’ve reached out to various bee-keeping organisations and environmental charities, many of whom kindly agreed to share the book with their followers.

The response to Hedgey-A and the Honey Bees has been largely positive, and the environmental message is something that people have clearly picked up on. For me, that’s the most important thing and I’m taking all the lessons I learned this time round and feeding them into my next book. 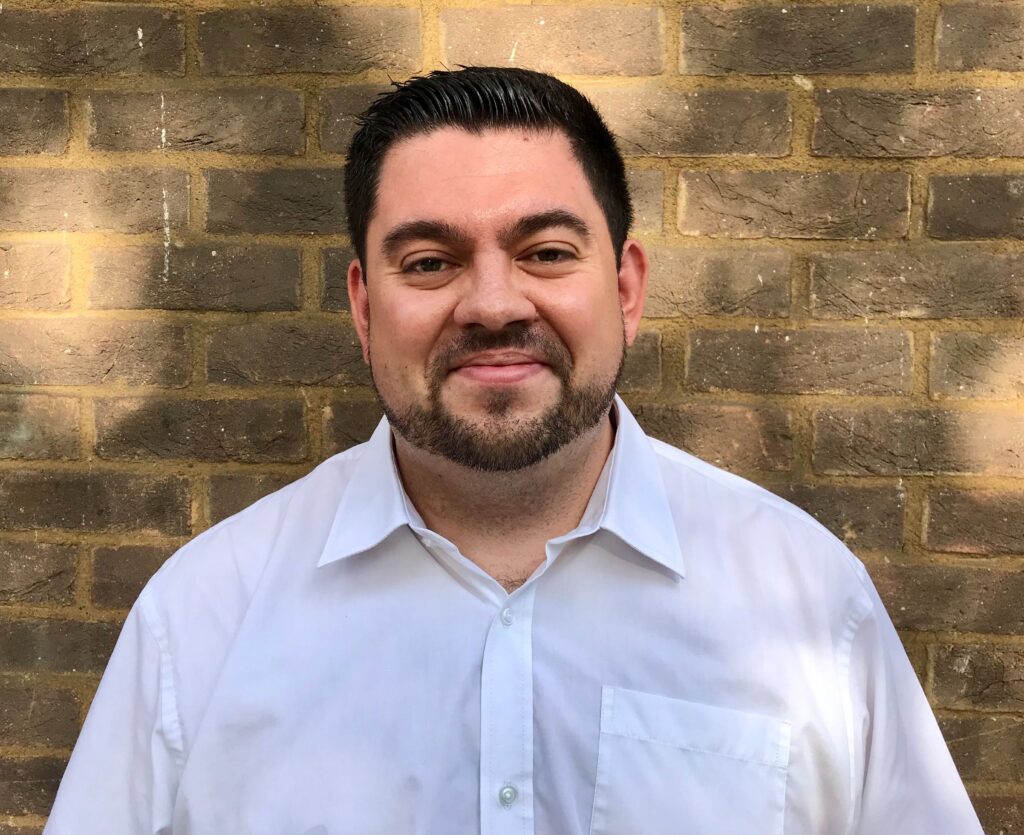 Mary: That’s wonderful news. Are you working on anything else right now, and do you want to add other thoughts about your book?

Ryan: Thank you so much for this opportunity, I’ve been a big fan of Dragonfly for many years and it’s an honour to be featured in Indie Corner!

I’m very excited to be working on the second book in the Time to Care series, which will be exploring climate change in the Arctic, with a friendly polar bear. In addition, I’m working on a non-fiction book about the importance of social connection with my co-author, Rebekka Mikkola. Something that’s become more apparent is that our social and environmental disconnection are closely related. In The Self Delusion, Tom Oliver explains that “Growing trends in individualism and narcissism also correlate with less care about the wider environment,” and suggests that “It turns out that changing ourselves is a prerequisite for changing the world.”

As the world faces a convergence of societal, mental health, and environmental issues, we need to recognise that the only way we can overcome them is through a mindset shift away from the neoliberal focus on individualism, to one that is more socially cohesive and prioritises social and environmental well-being.

Hedgey-A and the Honey Bees is available on Amazon. I’d like to express my thanks to the supremely talented Emma Lazell for her advice in the early stages, and to the phenomenal Eirini Dermitzaki, who helped edit my book. More information is available at www.ryanmizzen.com. You can find out more about Paul Winward’s illustrations by visiting his website.

Mary: Thanks so much, Ryan! I’ve learned something new about bees, which is neat, because we are rewilding our back yard and meadow and will have a few beehives this spring. Thanks so much for taking the time to talk with Dragonfly about your new book.