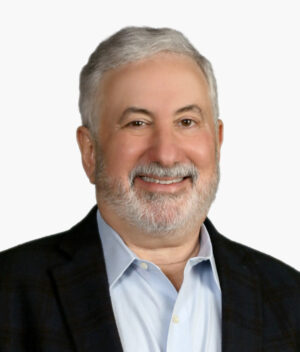 It’s been cool to meet Joel Burcat, an author and recently retired environmental lawyer, who has written a series of environmental legal thrillers. The first, Drink to Every Beast, was featured by Kirkus Reviews, Good Day PA, the Green Life Blue Water blog, and in the article “Writing With Your Eyes Closed” in The New York Times about blind authors and their works.

The second book, Amid Rage (Headline Books; February 2, 2021), can be read as a stand-alone novel and continues following up-and-coming Pennsylvania Department of Environmental Protection lawyer Mike Jacobs in a legal battle. This time, he finds himself caught in the middle of a potentially lethal legal situation when a local community is harassed by Ernie Rinati, the owner of Rhino Mining Co. who will stop at nothing to see that his new mine becomes operational.

Mary: Tell us about yourself–your life so far and how you got started in writing. What else have you published besides Amid Rage?

Joel: I have practiced environmental law for 40 years. I became a lawyer to practice environmental law and was fortunate to make a career of it. Now I am a full-time writer. My second love (or maybe it was my secret love) is and has been writing. I began writing when I was young, but set it aside when I became a lawyer as I was too busy with work and a family to focus on it. While I now write mostly novels, I continue to write short stories (I just had two short stories published in anthologies).

My first novel was Drink to Every Beast, published by Headline Books in 2019. It is an environmental legal thriller about midnight dumping. It follows my very young (26-year old) PaDEP prosecutor, Mike Jacobs, on his first big case trying to stop illegal dumping into the Susquehanna River.

I have been fortunate to have eight of my short stories published in journals, magazines, and anthologies. They range from murder, to a wedding, to growing grapes, to the best beer I ever had. I’ve been published in the Montreal Review, Hobo Pancakes, Harrisburg Magazine, and others.

Joel: My new novel is Amid Rage, an environmental legal thriller, featuring Mike Jacobs. In it, a psychotic coal mine operator and cynical neighbors with an anti-mining agenda fight out a strip mine permit battle. Mike, a 29-year old environmental prosecutor with Pennsylvania’s environmental agency, DEP, is caught between the warring factions, but is ordered to “babysit” the case. All Mike wants to do is to protect the environment and neighbors from certain harm as a result of the proposed mining. Sid Feldman, the Philadelphia lawyer for the mine operator, who oozes power and privilege, offers Mike a job midway through the proceedings. Miranda Clymer, the lawyer for the neighbors, pulls out all the stops to win Mike’s affection and assistance. Mike’s nearest and dearest friend, Nicky Kane is by his side as his paralegal. Mike must use all of his talents as a lawyer in the courtroom and rely on his discretion and courage to do what is right and not anger the political bosses for whom he works. In the cataclysmic ending, someone will die, but who?

The intended audience is people who enjoy a good legal thriller, suspense, or mystery novel. Also, it will be very interesting to those who follow environmental issues. My books are very descriptive of the issues (and hopefully educational) and I hope that readers will be both enthralled by the book and will learn something. 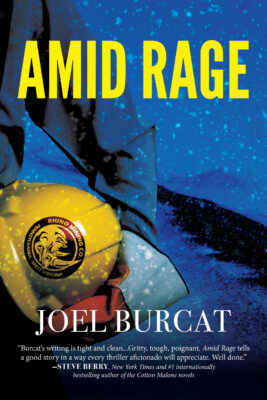 I have been interested in the environment for as long as I can remember. As a lawyer, I have lived some of these cases, read about many of them, and imagined the rest. My books present a realistic scenario of this world.

Mary: After publication, do you plan to do any book fairs or talks? How would you describe the reaction to your book so far? Is it hard to market during the coronavirus?

Joel: Amid Rage isn’t out yet, so I have not yet done any book fairs or programs, although I expect to do them. When my first book, Drink to Every Beast, came out, I had several “book launches” at book stores locally and in New York City and made a number of appearances at bookstores and book gatherings (the biggest was the American Library Association’s annual gathering in Washington DC).

I’m still awaiting the public reaction, however, I have had some early reaction from the writers Steve Berry and Doug Lyle, both of whom really liked the book and said very nice things about it.

It is harder—and easier— to market in a pandemic. I cannot do live programs and that is a problem as many readers really want to meet the author and buy a book that is signed by the author with an inscription to them. At the same time, I have already done a number of Zoom events for Beast and had many people from all over the US tune in. I would not have had people from hundreds or thousands of miles away attending an event if we did not have a Zoom event. So that is a plus.

Joel: I am finishing up Strange Fire. That is the third book in the Mike Jacobs series and is about fracking. Again, while Mike Jacobs is against fracking, I am trying to present both sides of the issue. I present the “pro” side through characters who are pro-drilling. Also, I have included some interesting elements in the novel that are more than just whispered rumors about the industry and opposition to it. There is both courtroom drama and strong thriller elements in the story. I have some great antagonists in the story and some people wearing various shades of gray. I really want this story to stay with readers and make them think.

I believe readers will love Amid Rage. It presents Mike at his most capable and also most vulnerable. He wants to do the right thing but is restrained both by his political masters, limitations, and reality. There is a love story in the book, and I am very happy with how that turned out, so it has something for all readers.

Mary: Thanks so much, Joel! It’s interesting to see the environmental law aspect in fiction.

In Amid Rage a dispute over a mining permit leads to a rage-fueled conflict every bit as dark and dangerous as the deepest mine. Thriller fans will love this story.”
—D.P. Lyle, award-winning author of the Jake Longly and Cain/Harper thriller series

“Joel deserves all the 5-star reviews and then some. His writing is exciting yet sophisticated enough that he knows how to keep readers turning pages. Highly recommended!”
—John Ellsworth, USA Today bestselling author of the Thaddeus Murfee Legal Thrillers

“Amid Rage is a smart thriller with a tight and twisty plot that keeps the story moving at warp speed. I couldn’t put it down.”
—Robert Bailey, bestselling author of the McMurtrie & Drake Legal Thrillers series and Legacy of Lies

“Writers like Burcat demonstrate that […] within the densest fog and darkest black, you can find clarity and color if your imagination is 20-20.”
—Frank Bruni, New York Times

“With excellent handling of dialogue, description, characterization, and plot, Drink to Every Beast is quite a feast and a wonderful debut novel.”
—Viga Boland, Readers’ Favorite

“Drink to Every Beast provides a great look into an uncommon thriller subject.”
—Keshana Hanson, Reviewing the Evidence

“…a fast-paced environmental legal thriller with smart, engaging characters and a level of complexity that serious readers of the genre will undoubtedly enjoy.”
—Jeff Gunhus, USA TODAY bestselling author

“…a spine-tingling thriller that will make you want more.”
—Don Helin, award-winning author of Devil’s Den and Secret Assault