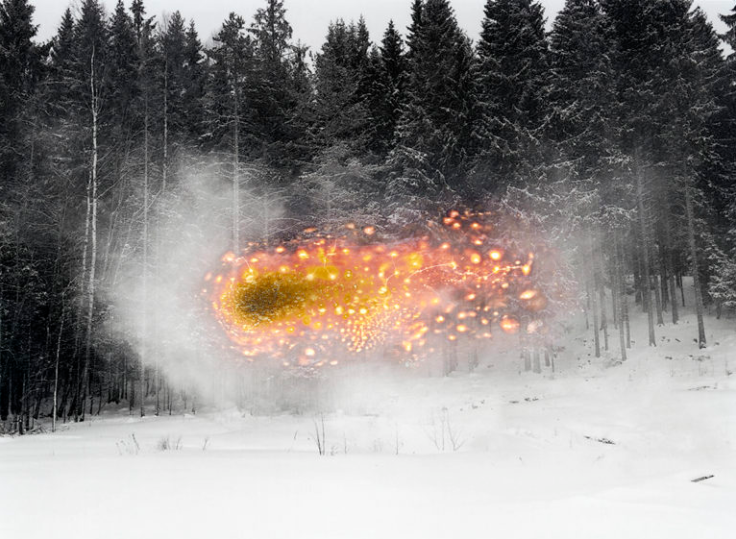 Cover of Issue 15: In the Age of Fire. Photograph by Terje Abusdal.

A few years ago I came across the Dark Mountain Project randomly. Once there, I thought–where can I find something like this near me? I remember at the time I had just been to Ireland and wished to meet other writers taking interest in local natural places as well as ongoing global environmental crises. On my first visit to Dark Mountain I read a story about writers who would go into the woods and read fiction and poetry–and I wanted to join in. What kept me going back to Dark Mountain was its honesty. Its stark photography and stories. Its literary and artistic connection to the natural world.

In this interview I am happy to talk with Nick Hunt, who produced Dark Mountain’s Issue 15: In the Age of Fire. Though we began talking after the issue came out in the spring of 2019, he went walking and then I went camping, which meant the interview wouldn’t go live until now, but it’s timely both in that the age of fire is upon us and Dark Mountain just celebrated its tenth anniversary. By the way, for other gatherings around the world localized by Dark Mountain readers, see this page.

From the website: In 2009, two English writers published a manifesto. Out of that manifesto grew a cultural movement: a rooted and branching network of creative activity, centred on the Dark Mountain journal, sustained by the work of a growing gang of collaborators and contributors, as well as the support of thousands of readers around the world.

Together, we are walking away from the stories that our societies like to tell themselves, the stories that prevent us seeing clearly the extent of the ecological, social and cultural unravelling that is now underway. We are making art that doesn’t take the centrality of humans for granted. We are tracing the deep cultural roots of the mess the world is in. And we are looking for other stories, ones that can help us make sense of a time of disruption and uncertainty.

In the Age of Fire: Dark Mountain Issue 15

Mary: For readers not familiar, can you tell us something about the Dark Mountain project?

Nick: Dark Mountain was founded ten years ago by Paul Kingsnorth and Dougald Hine, and has since grown into an international movement of writers, artists and thinkers who have stopped believing the stories our civilisation tells itself, and are seeking different narratives for an age of climate emergency, mass extinction and social and political unravelling. We publish two books a year–one anthology and one themed issue–and run series on different themes on our website.

Mary: Can you explain how you find content writers? They seem really diverse and knowledgeable.

Nick: Most of our writers find us. Almost every week, someone writes in to say ‘I’ve just discovered Dark Mountain and I’m so relieved–I thought I was the only person thinking about these things.’ In our books you can find material from all sorts of different people, from essayists, poets and fiction writers to people who do not necessarily think of themselves of writers, but who have something important to say and find a home in Dark Mountain.

Mary: In the Age of Fire: Issue 15 is a collection of non-fiction, fiction, poetry and artwork that responds to the ‘”age of fire”. We’re currently in this climate disaster. How can this book help us?

Nick: We are not in the business of helping people, exactly. One of Dark Mountain’s core points is that we do not know the answers, that there may not be ‘solutions’ to some of the ‘problems’ we face, and that we are not trying to tell anyone what to do. Our books are not going to put out fires or help ‘fix’ climate change. What they can do is offer a space for people to be honest about the times we live in, to pass through the despair together, and perhaps to emerge to something new on the other side.

Mary: I was drawn to all the stories and prose, but Becca Rose Hall’s elegy “Fine Particles of Brilliant Forests, Burning” possibly struck the biggest chord with me as it’s set where I live; we saw a new rash of wildfires in British Columbia early this spring, and more came this summer. This is the new normal, and we are really living in this reality. Can you give a quick rundown of the different places that authors are writing elegies for in issue 15? What are some that particularly affect you?

Nick: Issue 15 contains stories about extreme heat and devastating fires from Canada and the United States to Sweden and South Africa. When we asked for submissions, we had no idea that people would respond with so many real-life accounts of smoke and flames, but, as you say, this is the reality we’re living in now. People were not writing about fire as a metaphor, but as a terrifying new reality that is changing the face of their world. This book resonated deeply with people all across the world, perhaps in a different way–a more direct way–than we have seen before. There are some incredibly powerful pieces in this issue.

Mary: In Bridget McKenzie’s “The Children’s Fire,” we see both the fire/activism of today’s youth and the inheritors of the fire. I am moved by younger generations tackling this. What do you think?

Nick: The mass mobilisation of young people in response to the failings of older generations is incredibly exciting, and it felt very important to include a young person’s voice in the book. They are the ones who will experience the future that we are imagining, and starting to see the edges of, as the shape of it emerges. What’s particularly resonant, for me, is that these young people seem to passed through the process of despair that I mentioned earlier into something else–not depression or nihilism but bravery, love and anger. This is perhaps similar to what was meant by the ‘hope beyond hope’ that was mentioned in Dark Mountain’s early days.

Mary: Do you have a theme for next issue, and how can others get involved?

Nick: The next submissions window opens on August 17th, and we’re interested in stories and art that responds to ‘restoration and return’–it felt important to ask this question, after the destruction of fire. See our website for details!

Mary: Thanks so much, Nick!

Nick Hunt is the author of two books, Where the Wild Winds Are and Walking the Woods and the Water. His ‘gonzo ornithology’ book about London’s feral parakeets is coming out this year. He also writes fiction and works as an editor for the Dark Mountain Project.