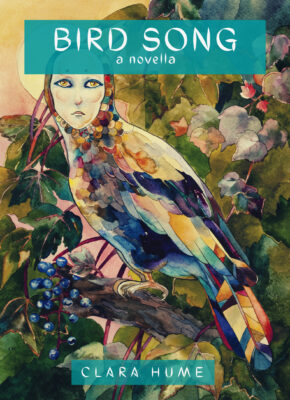 I followed Dion north on the white beach, and then he skipped closer to the forest. He didn’t talk, and yet I was full of questions. Where are we going? What’s going on? What are you even thinking?

Time seemed to stand still as we crossed streams and as the deep, silent night began to once again show signs of life. It’s almost like we were just going in a huge circle back to the western shore. Nymphs occasionally whispered from their nooks in trees and small caves, and their voices frightened me. Their dusky language joined with the constant waves slipping onto the northern shore, and while I’d never understood the strange whispers the little folk sung in the preceding days, tonight their voices seemed to have shushed the song from the cliffs far to the west, and I began to almost make out what they were saying. It was like a universal language that these little folks sang. It was everything and nothing, happy and sad, fluid and yet not predictable, light and heavy, rich and simple. Because Dion wouldn’t talk with me and grimly marched forward, alone with himself, I kept pace behind him soberly listening to everything else.

The whispers had so far not been sensible to me, more like a soft discombobulation, seemingly mature but child-like, but just now and then, as if a drawn-out echo on the wind, I picked up an almost word. It sounded like ay-eeh-ah. Over and over. Slowly, a song that came from the innards of the past broke through time. As I listened I drew into myself, my eyes occasionally fluttering to the white dim beach, growing further in the distance, and to what’s his name up there who seemed rude tonight. I got taken away by the song. Hooked into it and the way it beautifully fell across the trees that had blown so heavily in the wind it seemed they were bending…praying. I had heard the song before, I realized. Or something similar. Then it dawned on me that it sounded like “Light of the Seven” from Game of Thrones, and it seemed to be repeating a name over and over. I’d found out later that, in the midst of the actual song, two boys were recorded singing something that sounded like Ah-ree-ah, and I had come to the conclusion that they might be singing about Arya. However, the composer later denied it, that it was supposed to sound Valyrian. But who was Ay-eeh-ah the forest singers now sang about? And why did it sound like the other song going through my head?

Dion stopped his hike and pricked up his face. He’d heard it too. I could tell by the expression on his face. Night fell over us still. First light seemed afar. He looked southward, where the beach disappeared into the forest. He flinched. I could smell something distinctly decomposing. He gave me a scarf from his endless backpack of wine skins. I did as he did, wrapped it around my face to cut out the terrible odor.

I began writing his story in 2014, and back then had no plans with it. I had been reading some weird fiction by authors such as Jeff VanderMeer, Michael Bernanos, Caitlín R. Kiernan, and William Hope Hodgson. Rebecca Giggs has described the Ecological Uncanny in terms of the dissolution of the boundaries between the inner world of the self and the outer world engendered by climate change, suggesting that “the Ecological Uncanny is perhaps best encapsulated as the experience of ourselves as foreign bodies.” And though the concept of ecological weird fiction is still emerging as authors explore climate change themes in fiction, I was trying to play with it in this novella as well as touching upon a Greek myth I’d thought about for years, that of the sirens. I want to thank these authors and scholars for their impressive, unique ideas and stories that planted a seed in me. Add to that list Rory Powers and Marian Womack, whose works I read later, before picking up my novella up again in 2019.

When I began writing the story again, it got put on hold as we moved right when the Covid-19 pandemic was announced, from Vancouver, BC, to Halifax, NS. But as soon as I got here, I began writing again since I was alone and in isolation in a cold, windy, snowy place—before my husband got here three weeks later—and I finished the novella. I must thank my editor and partner in life, Morgan. He’s amazing and talented in multiple areas of study, and is the love of my life, to boot.

Thanks to those in my family who give me a social life, with hours-long calls, especially with Mom, who is also, like me, unfettered and alive—to borrow a phrase from Joni Mitchell’s “Free Man in Paris”—and makes time to socialize for hours in these uncertain times. Thanks to Dad, who still whispers after his death. I think he’s saying, “Don’t forget the trees.” Also, to Elaine—we’re inexorably linked together, forever, as sisters, and someday we will play graceful badminton again. To my children, Jimmy and Kris, I love you and thank you for daily links, photos, and wit that make me think, laugh, and become in awe. How proud I am that you both enjoy the great outdoors and appreciate nature. Thanks to Sandie, Al, and Randi, who have been so kind to me all these years as in-laws and made daily check-ups on me when I first arrived in Nova Scotia. These people, along with other family members—when we get a chance to talk—have made life uniquely interesting and enhanced, which gives me, as a writer, a place of love in which to form stories about our natural world.

If you enjoyed this novella, please feel free to use the following study guide in book clubs or high school classes.

What are new mythologies, and how does fiction create them?

What paradoxes haunt Thelsie on the island?

Did you suspect that Dion was not a mortal all along, and did you have any clue about who he might have been?

Who was your favorite character in Bird Song, and why?

What weird fiction tropes did you notice in the book, and how do you think weird fiction works as a way to approach ecological themes?

Think of animals that “sing” and what they communicate. Discuss!

Explore different genres that might tackle climate change in fiction and how impactful you think they might be.

When looking at the way teenagers and young people around the world are a positive force for climate change mitigation, can you think of any similar literary heroes?

Have you read other fiction about climate or ecological changes, and what are your favorite books?