Though this site was in the makings in July of 2013, the first post was August 9th that year. Even that earlier material was a continuation of a list of novels I had already published at BC Rainforest (which is no longer in existence). I had no idea back then that this new site would grow so much. At first, I grew the existent list of novels about climate change as well as just a few articles and interviews. To see how the site has since grown, check out our tour guide. A few months after the site began I widened the focus from just climate change to all ecological fiction, and that’s when I feel that the site really began to flourish.

To celebrate the start of our 8th year, I have some good news. I have reached the data goals of our environmental fiction survey and will be posting the results on August 9. This survey is now closed.

The idea of the survey came late last summer when I learned that in October I would be presenting both a presentation and a writer’s workshop at EcoCity Vancouver. I blogged about that time here, and the writer’s workshop presentation summary is here (PDF). I didn’t have time to gather the data I needed before the presentations, and since then my advertising of the survey has been on and off due to a huge move across the country and COVID19. But now we’re nearly ready to share that wonderful and interesting data. One of EcoCity’s streams focused on healthy societies. My goal was to put eco-fiction into that stream by looking at how various environmental novels (and prose) approached ecological issues and how that contributed positively to culture/society. In the survey, I wanted to establish how readers were affected by fiction that they had read. What were their favorite novels of all times, eco-novels, characters? What did they like and dislike in such fiction? How were they inspired by this fiction, and did they move to action–or how else were they socially impacted? What genres and subgenres did they enjoy the most? Already studies had shown the positives of reading fiction. Mine zooms in on genres that deal with ecological and environmental themes.

Thanks so much to many people on Twitter and Facebook who helped to share the survey as well as to ClimateCultures, Goodreads Green Group, ASLE Canada, ZEST Letteratura Sostenibile, and Tools for After for providing a platform in which I could share this survey to a bigger audience. 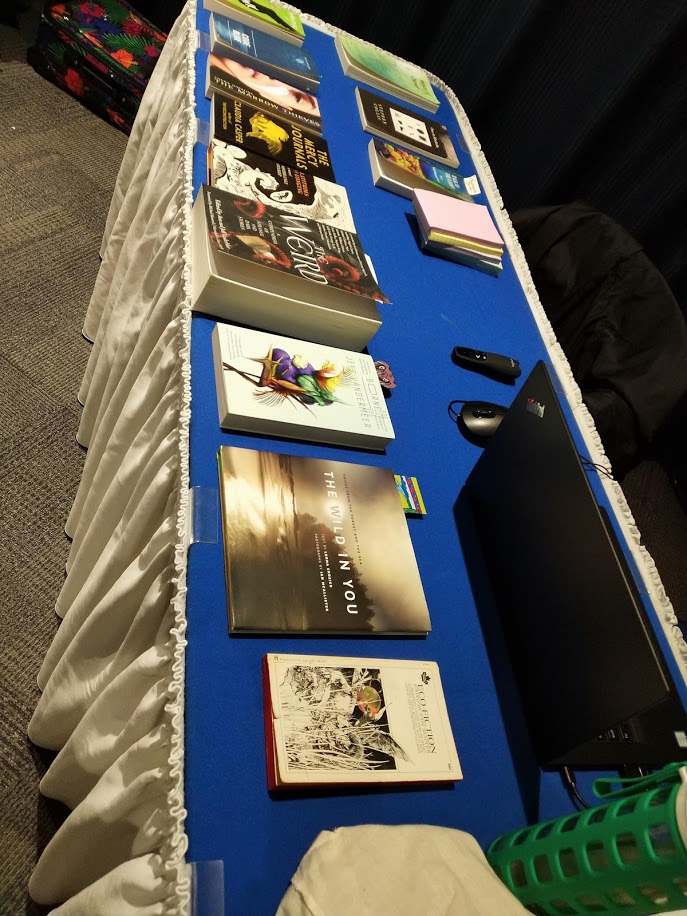